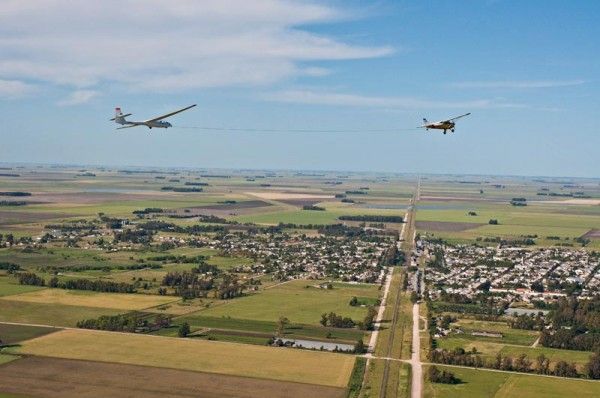 Tow in progress near Aldolfo Gonzales Chaves in Argentina 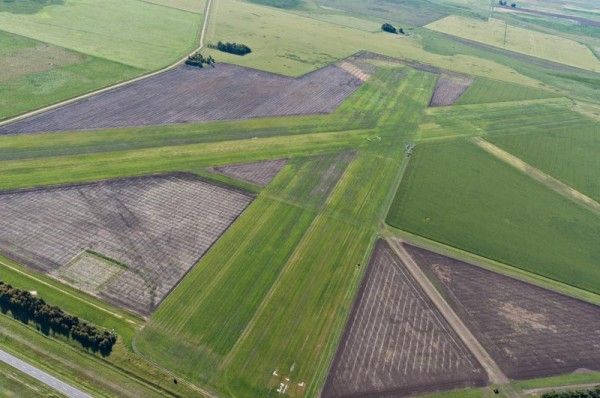 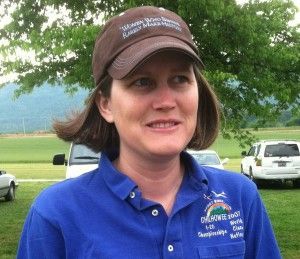 Sarah Kelly Arnold in will represent the U.S. Team at the Pre-Worlds in the the Club Class. Sarah’s husband Jason is crewing for her and will be reporting her progress here at the Café. He and Sarah left their home in Tennessee last week for Buenos Aires. Before they left, Sarah thanked all her supporters and well-wishers: “Thank you to each one of you for many forms of support you’ve given us as we’ve started this journey to the World Gliding Championships. We are excited to be able to attend the pre-worlds and expect to learn a lot about the site in preparation for the worlds next year. Without the support of our friends we wouldn’t be able to do this.”

While we are away we will be sending a few reports for publication to Soaring Café, so check them out from time to time if you’d like to see how we’re doing. For the official contest website and daily scores, click here. I will be flying with my SPOT tracking device and you can access the shared page here .”

Here is their first report, submitted on January 5th.

“We are sitting in the pilots’ meeting right now in Argentina; it is hardcore down here, no AC, camping only etc…but it’s all getting started. The first contest day is Sunday so today is the practice day for us to get the glider rigged and set up and for Sarah to do a practice flight to familiarize herself with the area…
The glider (ASW20A) is as good as it gets with working electronics and instruments, better than some…
The town is difficult as it is so small, and all shops are specialized with vegetables in one, food in the other and electronics and other types all located in different areas.
Because of the temperatures (100F yesterday), all people take siesta between about 10 AM and five in the afternoon. Also it seems that the people here operate well into the night with dinner starting about 10 PM. We are figuring out the cultural differences while getting used to the temperatures without AC and only tent camping. Luckily there is a small resturant at the glider site with beer.
1500 meter thermal tops today and a three point 132.5 km racing task
——————————————————————————————
123.000 field frequency
Release hight 500 meters
Jason Arnold 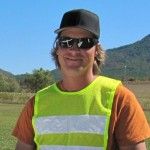