Started by two world-class pilots and soaring experts, Bill Elliott (WE) and Rand Baldwin (NN), SoaringCafe.com is a one-of-a-kind resource for all things soaring. With content from around the world, the site brings pilots and information together in one place with the newest and most interesting content available online. Fascinated with flight since childhood, Bill and Rand were lured by the adventure of motorless flight, when traditional “piloting” just wasn’t enough. Friends for many years in the Huntsville Soaring Club in Huntsville, Alabama, they grew tired of waiting for their monthly magazines to arrive and of searching in multiple places online for soaring information—and SoaringCafe.com was born.

About Bill Elliott, Our Publishing Editor 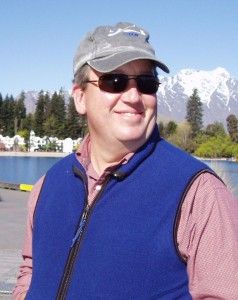 Bill is a two-time U.S. 18m national champion with extensive racing and cross-country soaring experience. He represented the U.S. in the 18 meter class at the 2010 and 2012 FAI World Gliding Championships. Bill earned his airplane rating in 1981, but was looking for new challenges by 1989 when the adventure of soaring induced him to join the Huntsville Soaring Club. After soloing in a Blanik L-13, Bill began soaring cross country in the club 1-26, then bought a Duster followed by an HP-18 a few years later. It was with that HP-18 that he won the Region 5 South Sports Class Championship in 1995, his first championship. After taking a five-year hiatus to spend time with his family, Bill moved up to a DG-300 in 2001, then to an ASW-27 in 2002. With this move, Bill's  racing career kicked into high gear! From 2003 to 2010, Bill consistently won the Region 5 North and South 15-meter championships. His fourth-place finish at the 2007 15-meter nationals earned him a slot as reserve pilot for the 2008 U.S. Team. After a win in the 18 meter nationals in 2008 followed by a third-place finish in 2009, Bill was selected to fly for the U.S. in Hungary at the 2010 WGC, finishing a promising 30th. In 2012, he represented the U.S. team in Uvalde, TX.

All of Bill's soaring accomplishments can be found here.

About Rand Baldwin, Our Editor 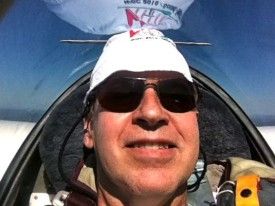 Rand in LS8 near Chilhowee

Rand has loved flying as long as he can remember. He learned to fly sailplanes while in graduate school at Harvard’s Center for Astrophysics, and earned his private glider rating at Yankee Soaring in Plymouth, Massachusetts. He joined the M.I.T. Soaring Association in 1974, where he completed his Silver Badge and became a flight instructor. After moving to Huntsville, Alabama in 1977, Rand flew and instructed on weekends at Eagleville Sailplanes, south of Nashville, Tennessee. In 1985, he and a handful of other soaring enthusiasts organized the Huntsville Soaring Club at Moontown Airport. He has served as its president, newsletter editor, operations chief, and chief flight instructor. From the late 1980’s through the mid-90’s, Rand served as SSA Governor for Alabama and is now Alabama’s state recordkeeper. Rand chaired the 1996 SSA national convention in Huntsville and served on the SSA Board of Directors from 2000 through 2003. He owns an LS–8, which he flies in local, regional, and national competitions. Rand has set many Alabama and Tennessee state records as well as two U.S. national soaring records, including one multi-place record set jointly with Bill Elliott.

All of Rand’s soaring accomplishments can be found here.