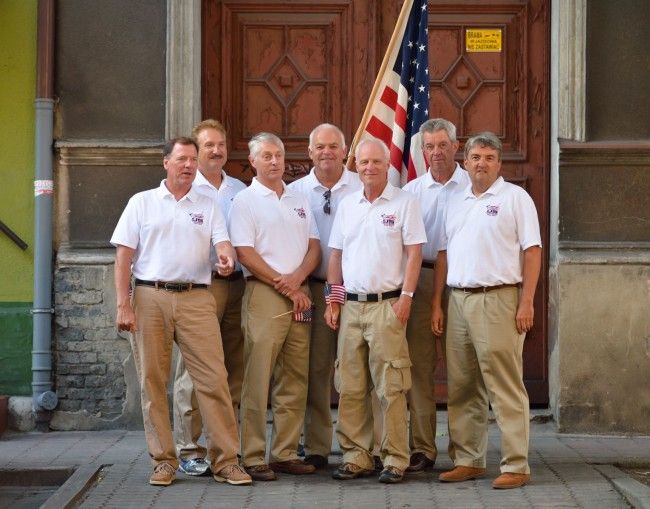 At the 2012 World Gliding Championship in Uvalde, the U.S. team contrived to be first in the parade by walking under the sign “America.” This year, the U.S. team was last, strangely, behind team Uruguay. One hundred thirty two pilots, and many more crew members, marched down Ulitza ? to the Rynek, or Town Square. There, with friendly citizens of Leszno watching the proceedings from bleachers or standing on the sidelines, or in some cases, standing with the teams, a Master of Ceremonies welcomed all onlookers, in Polish and English. A brass band played the Polish National Anthem. Young majorettes from the town twirled batons and danced in formation as the band played the Washington Post March, When the Saints Go Marching In, the Stars and Stripes Forever, and the Battle Hymn of the Republic. There was no obvious intention to honor the U.S. team, but clearly U.S. culture is ubiquitous and popular. 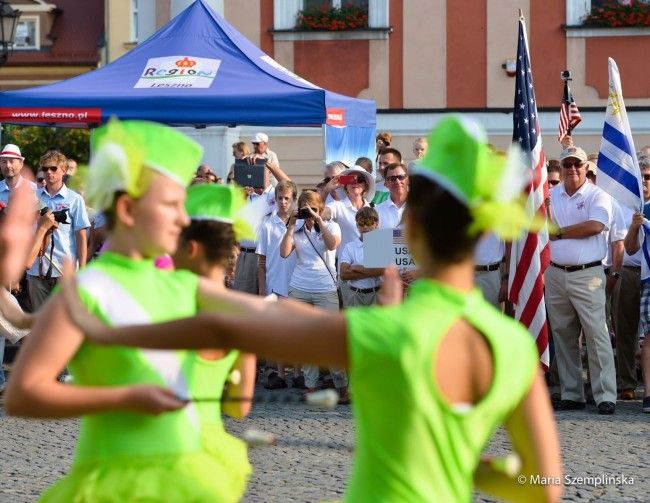 On a stage specifically erected for the purpose, the MC introduced in sequence the Contest Director Dariusc Cisek and the mayors of Leszno and Swiechiechowa (nearby villaga), all of whom welcomed the teams and spectators to the contest. Peter Ryder of the Federation Auronautique International declared the World Gliding Championship 2014 officially open. The 2012 winners–Laurent Aubolin (France) in Open Class, Zbigniew Nieradka (Poland) in 18-meter, and Sebastian Kawa (Poland) ceremonially passed the trophies for each class to this year’s contest organizers.

The MC introduced the evening’s entertainment–the blues band “Don’t Shoot the Pianist,” and teams wandered off for dinner or Lody–most delicious Polish ice cream. Circumnavigating the square, one could find members of the U.S. team, the South African team, the Fins, the Danes, and various other nationalities. Team Japan wore kimonos. The entire Netherlands team was eating dinner, highly visible in their bright orange team uniforms. 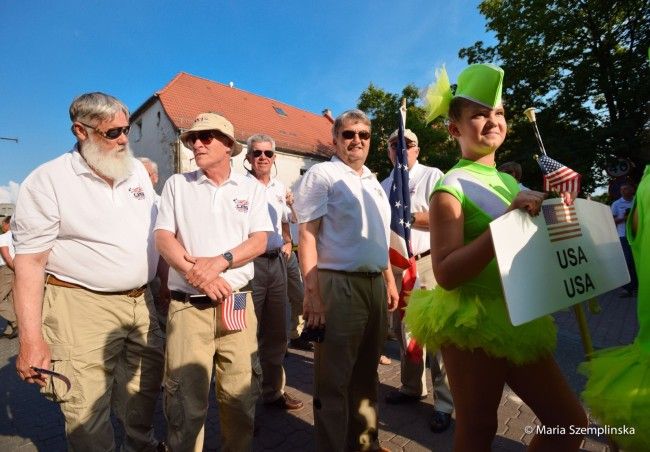