DG 1001T above the facility’s hangars in Bruchsal

Some days ago DG sent out their latest newsletter – a great way to keep in touch and inform customers and friends. Everybody has probably heard about Jim Payne’s and Dennis Tito’s record breaking flights from Argentina and Minden, NV. The US-Air Force is flying DG 1001 as well, others prefer the single seated DG 800 models and a number of great LS ships are being manufactured at DG Flugzeugbau. About five years ago my friends and I took the opportunity to visit their facilities and fly their DG 1000 Turbo. We did of course take a tour through the facilities but being more excited about the fine glider we were allowed to enjoy, I did not pay too much attention… The huge and new all-in-one-building, the shiny and friendly atmosphere are still on my mind. I also remember the facility’s small and green airfield located in an industrial area outside of Bruchsal. Between several crossing highways, railroads, big halls and hangars it was not easy to find from above. 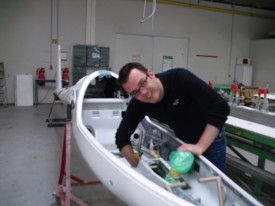 We love working on gliders!

While worldwide the soaring community is scaling down glider manufacturers are busy developing new ships and models. DG has had great success with their 1000-series, but what else is going on there? Browsing through DG’s website you will find DG is offering more than just gliding. I got in touch with DG’s composite specialist Dirk Ströbl who is the executive officer for special composite projects at DG Flugzeugbau and especially involved in “wind wings” (blades for wind turbines).

Dirk you have been working with DG for a while now and like most people who work with DG you are a glider pilot as well! You fly at Blaubeuren’s soaring club, on the famous Schwäbische Alb. What kind of glider are you using?

Yes, my glider pilot career started early, as my father has forever been soaring in Karlsruhe. When I was a child there was nothing more exciting than spending my time at the airfield. At the age of 14 (24 years ago) I was finally allowed to take my first gliding lessons, when I was 17 I received my license and a year later participated in my first contest. From that moment on, I went to two or three contests every year up to competing in the German Championships. My favorite ship was our club’s Cirrus, and one day I purchased 2.5 broken Cirrus-gliders to rebuild them into just one – my own glider! My father of course helped me to finish this project. After twelve years of flying my Cirrus, many people still say it is the most beautiful one in the world. In 2003, I achieved two German records in it: Speed on a 300 km FAI-triangle in the club class and another record in the standard class… So far, this one has never been broken! 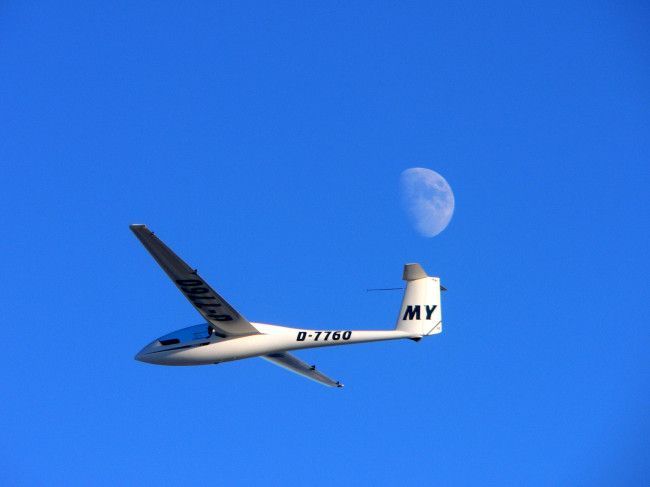 The most beautiful Cirrus in the World

How long have you been working with DG? How did you get there?

Well, I never really liked going to school. My heart was beating for something different; flying had always been much more interesting! Shortly before finishing my school education, I decided to quit and tried to obtain the very popular scholarship with the German Bundeswehr. Unfortunately my plan did not work out, so instead of being sponsored by someone else I had to figure out how to take advantage of my time and earn me some money. One of the local aircraft maintenance companies was always looking for young guys to help out, and they offered me an apprenticeship. Great! I finished it and stayed for several years, learned a lot and became a certified examiner for aircraft. One day, two blocks down the road, DG Flugzeugbau was looking for a new examiner and I was ready to switch…

So what was your job then at DG, and what are you doing there now? 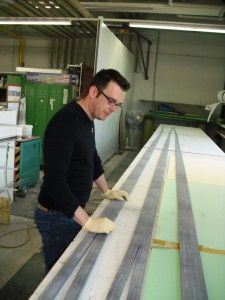 I started my career there as an examiner (preliminary construction and service) in December 2007. Also at that time DG got involved into some new projects, which were not all related to gliding. They started constructing special appliances for ambulance aircraft and business jets. When a small Italian company asked if we could develop and produce some smaller rotor blades for them, DG’s director Holger Back came up to me asking if I could take care of such a project. Today I am responsible for the whole process, and together with Holger Back, Jelmer Wassenaar (chief designer) and Stefan Göldner (sales manager) we try to further develop our activities and use our know how from the glider manufacturing for new and different assignments.

BTW, from their latest newsletter I learned, Dirk and his composite-team have just finished their 250th windblade. So what about the construction of new DG-models? USA, Indonesia, Australia…? Does your company have any further or “secret” plans? 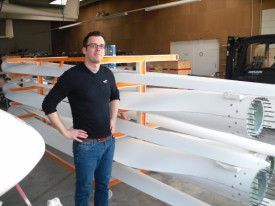 Actually the cooperation with the US Air Force had a real positive effect: Worldwide people realized that besides the famous ASK 21 there is another great two-seater for instruction purposes available.

Indonesia and Australia were successful as well. Regarding the self-launchers, Schleicher’s ASK 21Mi won the Australian bidding, but this is no reason for us to be disappointed. The ASK21Mi is much cheaper than our competitor the DG1001M. Well, it’s not a secret that propulsion systems on gliders are somewhat more complicated than engines on cars. Selling an auxiliary powered glider on the other side of the globe is not like shipping a car overseas…

Agreed, I just learned it is nice to have an engine checked by the original manufacturer!

Unlike most (not just German) companies, DG-Flugzeugbau seems to be busy surviving the economic issues by working on „dissimilar“ projects. Maybe a good idea, but thinking of for example of new gliders like Schleicher’s ASG 32 or Schempp-Hirth’s Quintus it seems like innovation has stopped at DG?

True, there is nothing new being actually developed at the moment. We do of course have several fascinating ideas, and our current gliders still get modified. But regarding the current situation on the worldwide glider market the investment and the risks would be quite high. Which class would be the best to begin with, and when you develop some new glider-type can you guarantee to sell at least 50 ships of the new model? Otherwise you won’t even be able to cover the development costs. I’ve heard the production of a new model from another well-known German manufacturer has been cancelled? We thus try to broaden our engineering efforts and minimize the economical risks while keeping new glider developments in mind.

How many people are currently working with DG, how many of them do work on gliders?

We count about 65 employees, who are all working on gliders as well as on special composite projects. We don’t have extra staff for those particular projects. Depending on what we need to do, we form particular teams using our regular staff.

Dirk, are you still working on gliders? On which models?

Currently I rarely work on gliders, I check them during the preliminary construction process and if necessary also during the production. That’s about it. 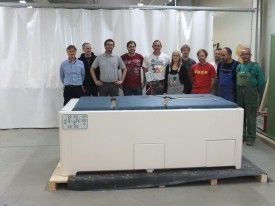 I’ve read and heard about that story with an extraordinary ambulance bed. It really does not have that much to do with soaring, but it’s a great example of how to survive as a sailplane-company in a difficult time. Can you tell Soaring Café a little bit more?

Indeed, it was quite a particular project! Three years ago I had already tried to figure out about the price for such a construction. For a long time nothing happened but then all of a sudden we had to get to work. Urgently, as the customer needed the ambulance bed to be ready to use just 4 months later. We once had calculated 8 months… Everything had to happen twice as quickly as planned for. We could not check prices, parts had to be delivered ASAP and the plane in which the bed had to be built in was not available for us to take any measurements. We had to ask somebody else who was not working with DG but had the necessary visa to have a look into the plane in Riyadh.

Of course we then experienced some additional difficulties, and ended up needing a little more than 5 months – not too bad considering my first calculations. After finishing the ambulance bed (a cube which has a lot more functions than your kitchen with all its large and small appliances) it was first shipped to Fargo, North Dakota, to be approved by the FAA. The only issue discussed was the color of the safety belts…

From Fargo the bed was shipped on to Riyadh, where our engineer and another DG-employee met with the plane (a Boeing 757) and its owner. An exhilarating job, as none of us had ever taken any measurements on the original object… In the end everything fitted perfectly. Smiling faces everywhere. Obviously during those 5 months, our staff had to work much more than usual, but they were all excited about the project and helped it to a great success. Everybody contributed as much as possible forming a wonderful team.

Is there anything else, you would like to mention?

Yes, we have just started to work on a series of special marine propulsion systems. One of the leading German ship manufacturers has asked us to build the rotor blades for the bow-thruster and the stern thruster. These can be used in small excursion boats as well as for motor yachts and even huge transport ships could take advantage of our engineering. 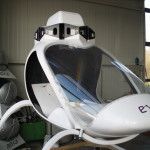 Wow, sounds like the evolution goes back from the air into the sea! I remember one more interesting project, where you are involved: the Volocopter. When it first launched in December 2013 we published a short introduction in Soaring Café. Please click here to enjoy another exciting DG-Flugzeugbau project.

Dirk, thank you very much for the interview, enjoy your soaring season and let us know more about DG’s news via newsletter or individually!