News from OLC’s Glider Race on the Wasserkuppe 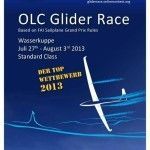 The Wasserkuppe has seen some busy days lately: OLC’s first Glider Race started last Saturday. On the hottest day of the German summer 2013 twenty pilots launched and their crews, organizers and spectators could follow a hot race. Two and a half hours after crossing the start line the Standard-Class gliders raced back home from their 175 km-task. The first three were only a few seconds apart from each other and the “homerun” made for a good show. A SeeYou animation is available here. A perfect Grand-Prix race! 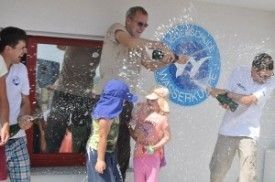 The task was laid out in way, so that spectators were able to watch not just the launch and the finish. On their course the pilots had to cross the Wasserkuppe before reaching the next turn point.Folks on the ground could watch their progress. Also additional live tracking is provided, so while the air is clean, six pilots on task can be followed on the screen – worldwide. Christian Schneiders (ASW 28 “MO”) flying with Celle’s soaring club won the first race and sprayed the podium with champagne. Grand-Prix-Like…

Unfortunately the first day’s great weather finished with a storm front moving into the area, and the following two days had to be cancelled. However the famous Wasserkuppe has a lot more to offer: The clouds did not touch the ground, and competitors and crews were invited to try some bungee launches in a historic SG 38. 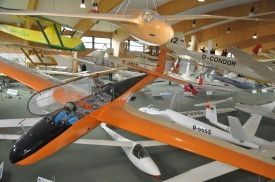 The museum on the Wasserkuppe

The German soaring museum opened its doors widely. The place is big enough to spend a whole day wandering through soaring history.

Finally today (Tuesday) the skies cleared and the contestants were sent up for a second challenge. The start line was opened in the early afternoon, but following the field on the live tracker it soon became obvious that the glider pilots were struggling under a low cloud base. OLC offers a blog-page (in German language) where the reports sounded not very hopeful. The first pilots landed out, they had already been flying lower than the 900-meter high Wasserkuppe and would probably not have reached the mountain anyway, too bad! Finally nobody returned and day two ended without a winner. But with four more days to go and a promising forecast for sun and some clouds more excitement is on the way! 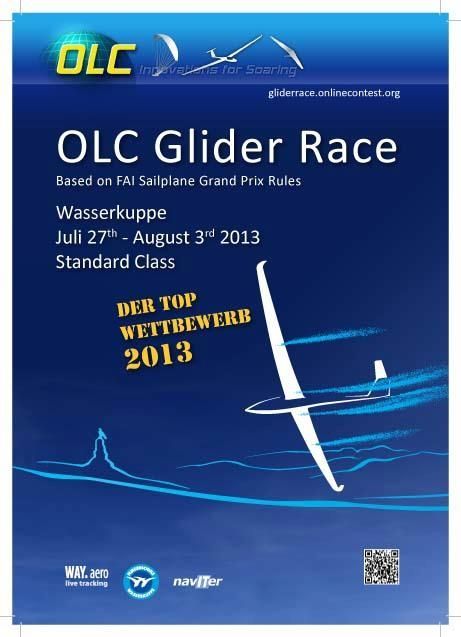 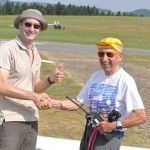