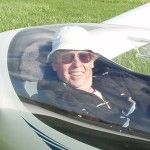 Well friends, another no fly but we did get to assemble and grid our gliders.  By noon we had all 65 sailplanes on the west end of the runway ready to go.  Anticipating a less than booming day, all of the tasks were shorter than normal .  After about 2 hrs, our CD, Ray Galloway called off the day.  Then the process of returning the gliders to their respective trailers began.  Overall it appeared an orderly process with a few exceptions of pilots bringing their trailers to the grid instead of pulling their glider back to its trailer.  Everyone was patient and we cleared the grid in about an hour; it is, however, much easier to fly the gliders back the trailers.

Most people went back to their campers and RV’s but a few watched Al Taylor fly his radio controlled airplanes.  Other than a few brave souls who launched their gliders, these RC models were about the only thing that got off the ground today. 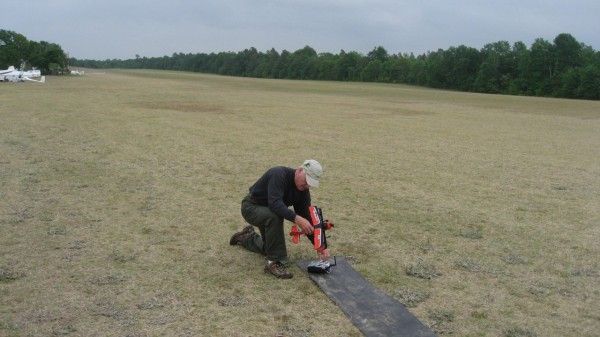 Tonight I learned about how much the people who have come to Perry for years love our CD, Ray Galloway.  This is my first association with him and I met him just a couple of days ago; but take my word for it, he is an “instant like”.  He is the best.  Ray is retiring as a CD, this being his last contest.  He will be sorely missed and long remembered.

Dennis Linniken  was the master of ceremonies for “roasting” Ray.   Penn Smith, Hank Nixon, John Goode, John Murray, Sam Giltner, and Richard Kellerman all contributed stories from their common past with Ray.  Each toasted Ray and professing their admiration, proceeded to tell a funny story that had everyone in stitches.

There is a special thing about Perry and in all my travels, I have found none better; I am glad to just be here and witness the event.