Oh wait, we are in Germany!!! Oh la vache! What a day it has been. We awoke this morning to clear skies and warmer temperatures. But the forecasts were for more stable conditions. In fact, the local soundings showed a strong inversion at about 1300 MSL, leaving only about 1200 ft AGL. Despite the forecasts, we gridded, and the entire club class was launched in what ultimately ended as an exercise. We watched the entire club class fly in two gaggles, topping out well below tow release height before they finally decided to cancel – after letting the club class fly for about 1.5 hours. The standard class was also canceled. You can see the gaggles and the people watching the shoe form the ground in the following pictures.. 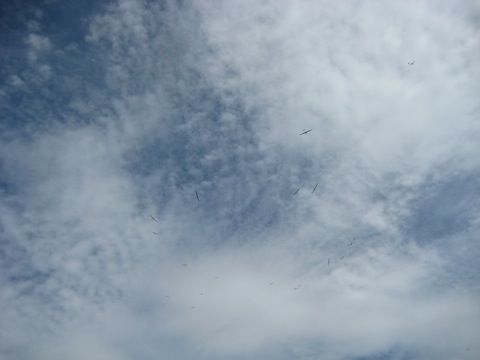 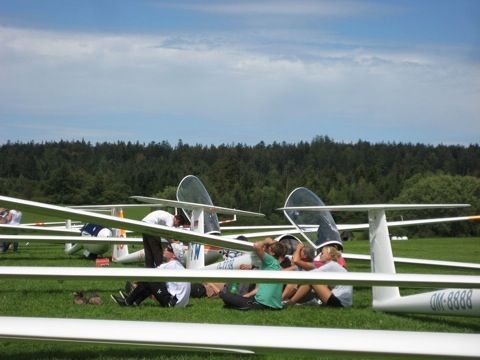