[ Editors’ Note: As a follow up to the articles and photos posted on the Café about the new sailplanes on display at AERO Friedrichshafen, we are delighted to post this message from Bernd Weber of Schempp-Hirth Flugzeugbau about the Quintus M and the the Antares 23E. These two aircraft were developed in a joint venture between Lange Aviation and Schempp-Hirth. Both gliders have the same excellent quality. Lange Aviation and Schempp-Hirth have made a agreement for a coordinated marketing strategy with these two 23 meter span gliders. Photos of the Quintus M and Antares were taken by Dave Nadler. ] 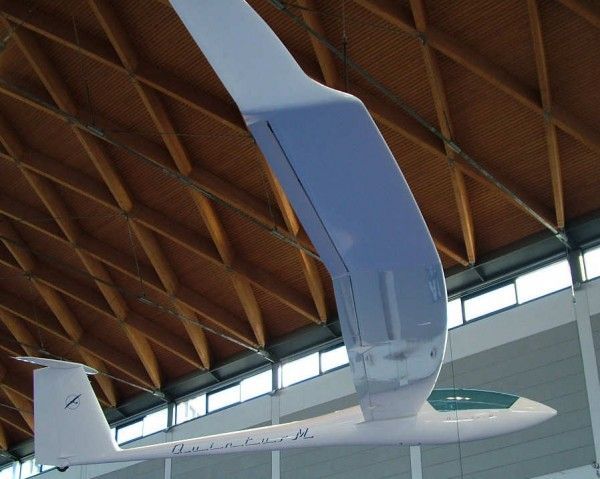 With the absolutely new 23-meter-sailplanes, Antares 23 E and Quintus M, the collaboration of Lange Aviation and Schempp-Hirth Flugzeugbau present for the first time at the trade fair AERO in Friedrichshafen (April 13-16, 2011) the newest fruits of their partnership. The consistent and uncompromising development will set new standards in the open class. 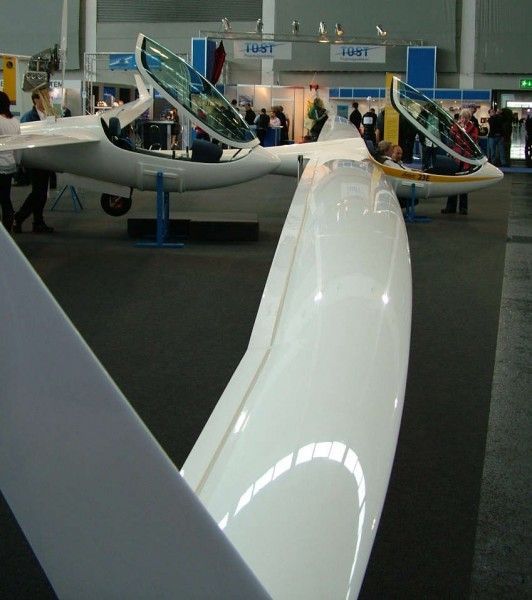 Here are some common features of  the “fraternal twins” Antares 23 E and Quintus M: The manageable 23 meter wingspan brings with it maneuverability on the ground, and so much more in the air. Because more span does not inevitably mean more performance, the very slim wing with a high aspect ratio and water ballast up to 250 liters for an extremely wide range of wing loading from 39 and 58 kg/m ², make both of these sailplanes outstandingly flexible. With their best glide at high speeds, this is sure to make them an insider favorite in the competition scene. In practice, using this new concept, it should be possible to reach completely new speed regimes.

The biggest difference between Antares 23 E and Quintus M is the fuselage, which is developed independently by each of the respective manufacturers; but there are also differences in the propulsion systems. Lange Aviation installed the well proven EASA-certified Lange electric system in the Antares. The Quintus is provided with a SOLO combustion engine using a computer controlled injection system with optimal start performance that provides maximum power output at high altitude.

Lange Aviation in collaboration with Professor Loek Boermans provided the framework regarding conception and layout design that was applied in wing development. The wing incorporates nine profiles with laminar airflow at 95% on the lower surface and 75 % on the upper surface of the wing, based on a super elliptical outline. All airfoils were coordinated smoothly and accurately together. Structural construction and dimensioning, the ballast system, and the patented, extremely low-friction control system are also from Lange Aviation. On the Quintus M, the conception of the outer wing and the winglet design from Dr. Mark Maughmer using the swept back leading edge on the outer wing panel guarantees the typical Schempp-Hirth harmonized flight characteristics.

The partners expect this new interpretation of the open class to be a whole new achievement dimension.  But it will be also be the EXPERIENCE SAILPLANE for extending records and making expedition flights over several days. It is not the first time that the two high-tech sailplane manufacturers have cooperated successfully in sharing technologies: As an example, the electrical Antares propulsion unit was incorporated into the Arcus E from Schempp-Hirth.

[Ed. Here are some additional comments by Bernd about Schempp-Hirth’s other products and their reception at the AERO show.]

The Arcus is in all variations is one of the gliders that drew the most interest at this exhibition. The unbelievably agile and easy handling combined with the roomy and ergonomic cockpit is, in my opinion, the key to its popularity. The Arcus E was popular not only with customers but also with representatives from magazines outside the gliding community. I think this concept opens a door to interested people outside the gliding world. From our point of view, this kind of sailplane is necessary to show what gliding is all about and to generate new interest among those who are presently outside the sport of gliding. 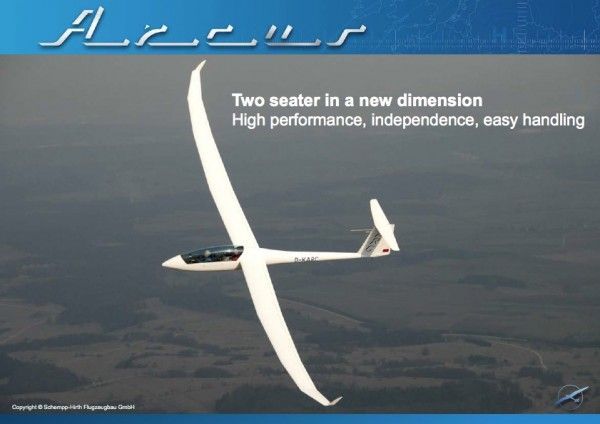 On the last day we had our Duo Discus XLT on display and we were impressed with the interest attracted by this glider, especially for clubs (training and cross country) and individuals who like to have a glider that is easy to fly and operate but with top performance.