A couple of days ago, I got the chance to sit with Rick Walters and add his local knowledge of Minden landout options into the ‘unofficial’ Minden database.  Rick has been flying here forever, and knows many of the off-field landing sites by their first names (literally – I kid you not!).  He has many of these in his head, but also many recorded on a number of paper maps of the area.  So, Rick and I sat at a table in the hangar used for pilot meetings, with my laptop and Google Earth (GE) open on one side, and Rick’s maps open on the other.

Rick would point to a place on the map where he had marked a landout field of some sort, and then I would zoom in on that area in Google Earth.  Then we would both look at the GE imagery and try and decide if that particular site was worth adding to the database.  If it was, I used the GE ‘pin’ tool to place a named marker on the site, and the GE ‘ruler’ tool to measure the available length and orientation of the landout site. After just an hour or so, we had identified and ‘pinned’ another dozen or so ‘Emergency Landing’ (EL) sites for inclusion in the ‘unofficial’ Minden database.  Most of these sites are dry lakes, which (according to Rick and other locals) can be quite good landing options, other than the possibility that someone will run across your desiccated carcass sitting in the glider ten years from now (just kidding – most of these dry lakes see a vehicle every year or so!) In the following, all Rick’s additions were marked with a name and an ‘EL’ (Emergency Landing) suffix.  Depending on your particular nav system, the full name with the ‘EL’ suffix may or may not display completely. Of course, the standard weasel-wording is applicable here; just because it looked good last year doesn’t mean it still does this year, yada yada yada. 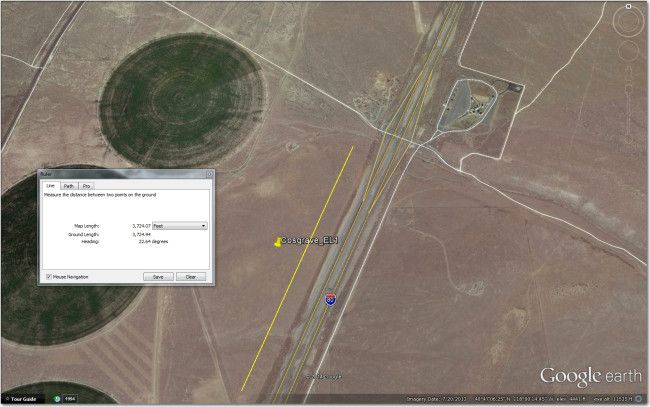 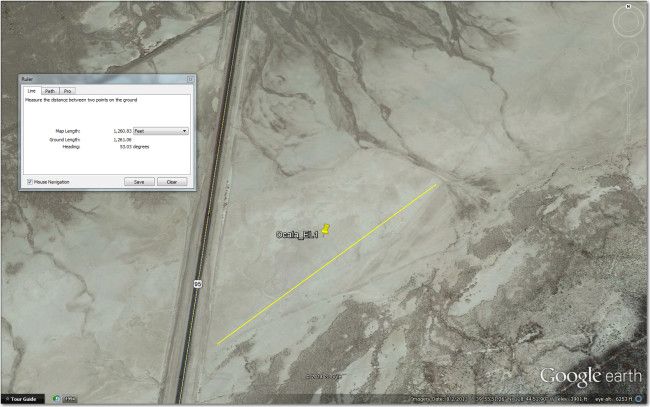 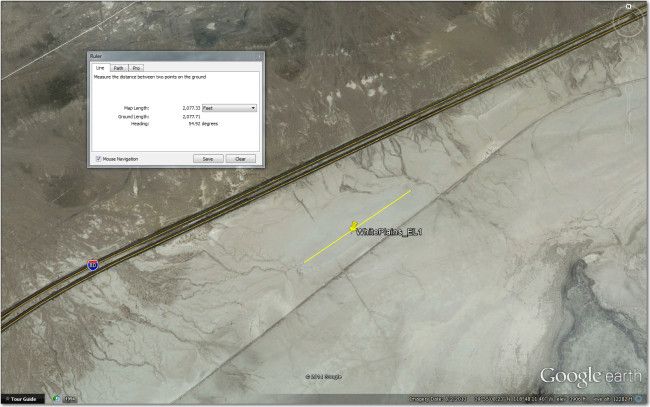 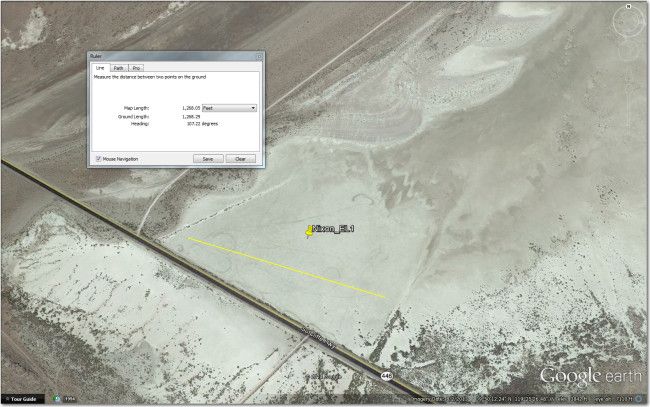 White Sage EL ( 39°28’2.00″N, 119°12’10.00″W): Located about 4 miles north of Silver Springs airport, and about 7 miles south of Tiger airport, just on the east side of state route 95, where it makes a sharp bend to the east and then back to the northwest.  According to Rick, “White Sage is an alluvial fan that is relatively flat- raised- not a dry lake” 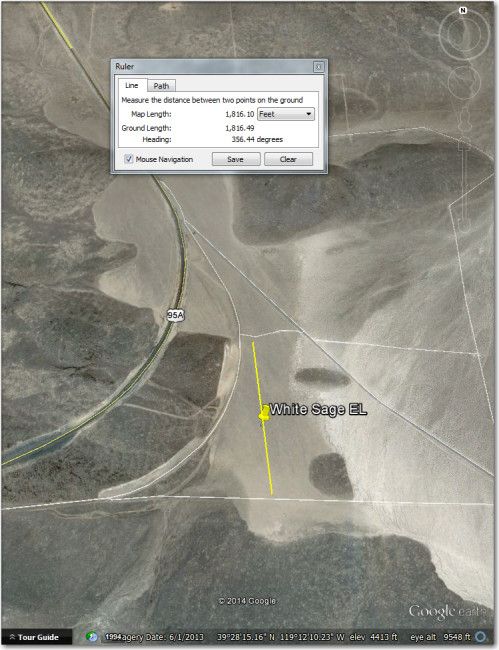 Coaldale Abandoned ( 38° 1’30.00″N, 117°53’27.00″W): This is the site of an abandoned airstrip, on a dry lake bed just half a mile from the intersection of state routes 6 and 95, about 2/3 of the way from the Basalt turnpoint to the Blair turnpoint. Route 6 goes around the northern end of the whites and then curves southwest down to Benton, Nv. 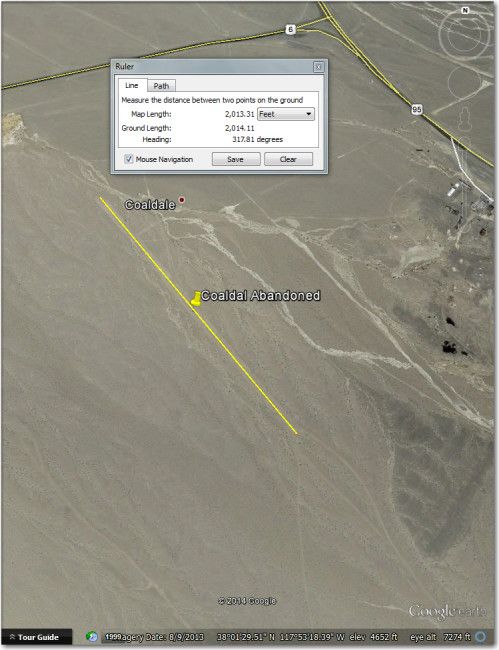 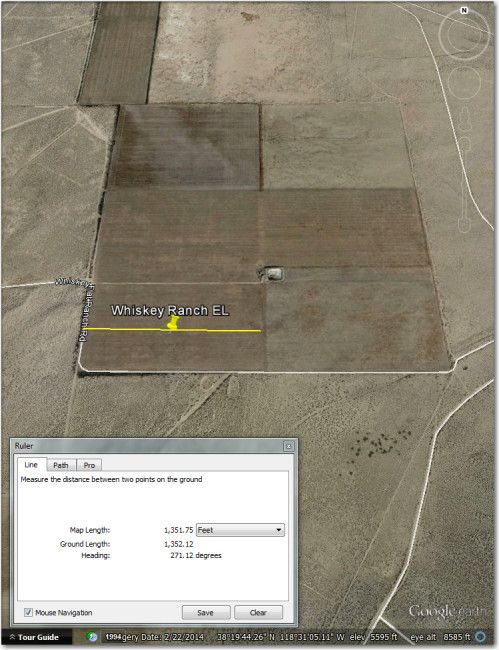 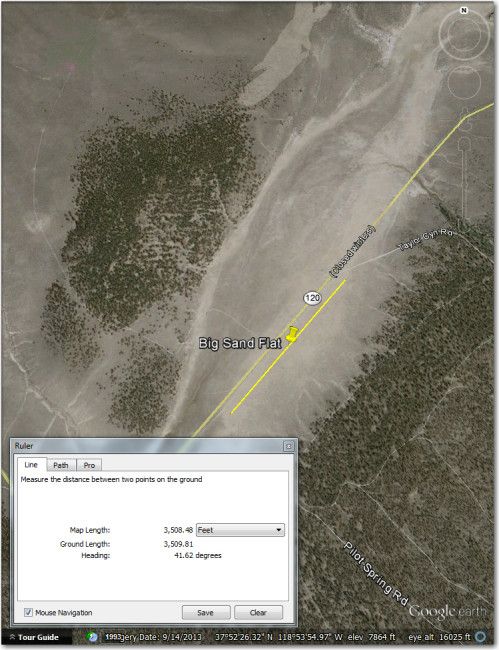 Sonoma EL ( 38°26’19.00″N, 119° 7’25.00″W):  An abandoned but still reasonably uncluttered agricultural field, just east of state rte 338 just above the Nevada-California state line, where 338 makes a bend from southeast to southwest on the way to Bridgeport.  Access to the field is via NF-28 off of rt 338 – a dirt road that soon splits; take the right fork and when this road curves back around to the east northeast, the field is on the right. 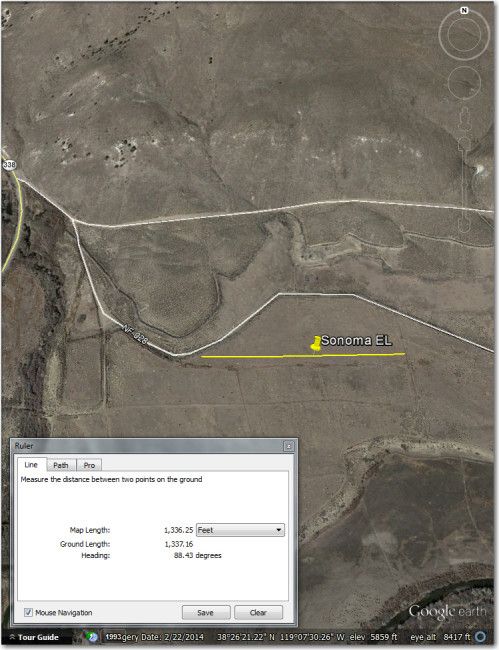 Sonora Junction EL ( 38°21’13.00″N, 119°27’25.00″W):  This field is covered with low brown vegetation of some sort.  According to Rick “Sonora Junction is a somewhat soggy meadow- bog type soil but it supported the one glider that landed there”. It is located just 1/2 mile northwest of Sonora Junction, which is itself located at the junction of state routes 108 and 395.  Access to this field looks a bit problematic, so a 4-wheel drive tow vehicle might be a good idea for this one. 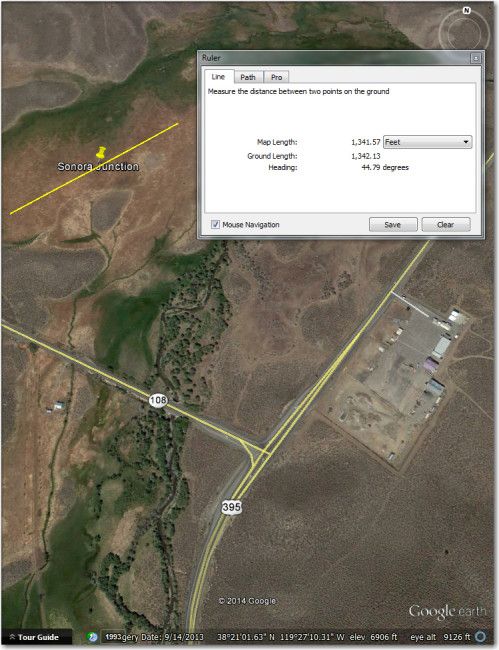 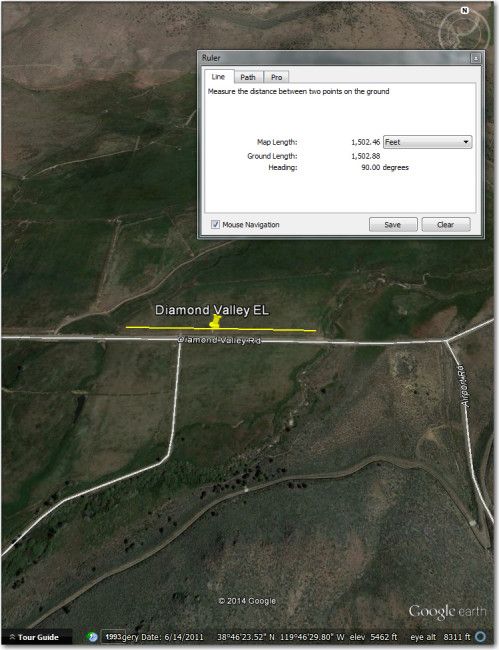 As I write this post, there is a new ‘Unofficial’ Minden waypoint database up on the Worldwide Soaring Turnpoint Exchange.  IMHO its a real shame that we couldn’t have done this all months ago, but even halfway through the contest is a *lot* better than never.  Now at least those of us who do not regularly fly out of Minden might have a better chance of pulling off a successful off-airport landout if if comes to that.  I would like to extend my heartfelt thanks to Rick Walters, Tim Gardner, and Stewart Tattersall for giving us all the benefit of their hard-earned local knowledge – without them this wouldn’t be possible.

After having done a number of these database reviews, I think I can safely say that contest database updates are an area that could use some improvement.  I hear a lot about ‘safety this’ and ‘safety that’ at contests, but no one seems to pay much attention to the way a good or not-so-good database impacts safety, especially at sites like Minden, Logan, Hobbs, Moriarty etc where landout damage and/or injury is a real concern.  When you actually read the ‘Contest Site Selection and Development’ document, it is clear that it hasn’t been updated since the barograph and camera days, but even as outdated as it is, ‘off field landing options’ is a site selection/development factor. What may have been appropriate in a time where all pilots had crews, where the crews regularly chased their pilots around the course, and where the gliders involved were more resistant to significant off-field landing damage (and were more easily repaired) may not be all that good of an idea when racing gliders cost more than a house, have significantly longer wings, and are much more sensitive to off-field landing damage.

Moreover, as I have found now in the process of doing a number of these database updates, it is actually very easy to review a site using Google Earth, in conjunction with local expert input.  The review team doesn’t even have to be in the same place at the same time – I did the Perry review from my home in Ohio, with expert input from Sam Zimmerman in Colorado and Al Tyler in South Carolina.

I will close this post with an offer.  I will be more than happy to work with any contest site personnel and/or local pilots from a present or future contest site to update their database.  I’m perfectly willing to do Google Earth reviews directly, or to assist others in doing them on their own.  With modern net-meeting tools it is perfectly feasible for local pilots with paper maps to ‘sit’ virtually with some one looking at Google Earth or other GIS tool to review known landout sites or investigate new areas.  If I’m coming to your site as a contestant, you can bet that I have already done such a review for myself, but without local expert input, anything I do on my own will be limited.  And it should go without saying that this should be done well before the first contest day so we don’t jam up John Leibacher, our one-and-only waypoint database generation resource.

One last thing. I have no official standing in *anything*, so all of the above is just the personal opinion of one not-so-well-connected-to-reality competition pilot. ;-).