The nice thing about the Uvalde area is once the sun hits the ground, it does not take long to kick off a thermal.  We launched near the back of our class at 1410 and I was able to immediately climb to 5000 and then moved to another cloud and found 6 kts to 6000.  Then the next band of cirrus moved through and we managed to hang in between 5-6.  Our gate opened at 1451 for a 2:15 area task, but it looked grim on course and we were in no position to start.  I made a run west about 10 k back to our start gate where the sun was shining on the ground again and we found about 4 kts that took us up to 7500 in a good start position with a cloud street heading towards the first turn. 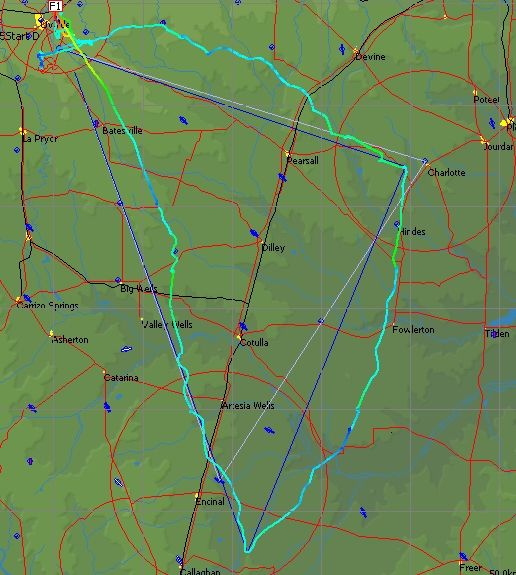 As we crossed I-35 that runs south from San Antonio to Laredo, we started to catch up to the cirrus shade, but were still high and were able to stay relatively high as we crossed the weak area.  Just before the turn in the first area, we were down to about 4300 and approaching the sun and found a 6 kt climb back to cloudbase.  At this point there was a great street that ran pretty much on course along the transition from the sun to shade area.  We ran this line into the next turn, then jumped one street west to make a little more distance before heading home.

The run home had another street running about half of the 140 km distance and we were able to run this line and stop for a 5-6 kts and then race home. 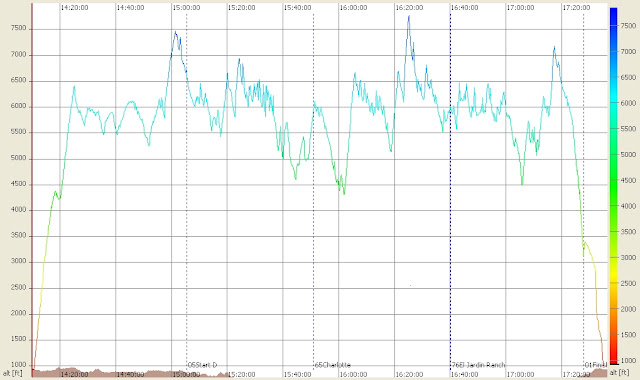 We were fortunate to never get really low and never have to struggle with weak lift – we got everything right from start time to track and turning just deep enough to come home 6 minutes overtime giving us a Canadian 1-2 finish on the day – a great way to finish the contest.