WGC in Leszno, PL – Follow the Serbian Team on GlidePort

A WGC for sure needs a lot of preparation, and even when you have it all sorted out some little issues can still get into your way. You just have to know how to handle them. Pedja Bogdanovich, who lives in the US but as a Serbian citizen qualified for the WGC and now flies for his native country, has arrived in Europe as planned – only his glider did not arrive in time for the first official practice day. But Pedja won’t be the only pilot who instead of exploring Poland’s skies lines up at Bremerhaven’s port to pick up his air-ship today… 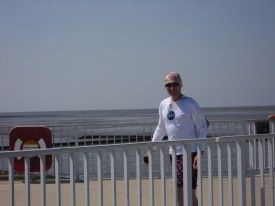 the “Serbian Team” takes a break from soaring…

He decided to take advantage of the delay and visited some unknown places. First he was invited to try a winch launch on a little glider field between Hamburg and Denmark and then he enjoyed the beaches of the German North Sea Coast. No thermals but perfectly sunny and warm weather, a light breeze and a big sunburn… After having experienced the secrets of low and high tide, Pedja introduced his German friends to the latest updates of GlidePort; a perfectly designed web page for glider enthusiasts.

Now we are prepared and will be able to follow Pedja real-time during the competition! We will be invited to watch his flights on Google Map or if the altitude is submitted you can follow his Ventus 2ax (callsign 011) fly cross country in 3D on Google Earth. 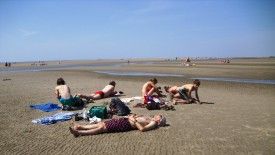 no gliders in the air and no water at low tide

Boulder pilots who were the first to run the test version on their computers have followed their buddies and could watch and understand why they made certain decisions – or why not. A replay of a flight is always possible. For tracking gliders flying in the US, a weather overlay is available on your screen. In Europe this is not yet possible but planned.

Many US-pilots have been using GlidePort for a while, those who fly with SPOT or InReach know about the real-time tracking options, which are very helpful not only for retrieve crews. As in Europe the trackers are not that common, not as many pilots have been using GlidePort in the past. But since the WGC in Uvalde, TX two years ago Pedja has refined the system, which is now no longer a “simple” tracking tool, it also serves for flight analysis purposes after returning home. I especially liked the super easy drag and drop function when uploading a flight to GlidePort. Have a look at your track and then push your mouse across the barogram. You’ll find all kinds of statistics and data on the right side of your computer screen. 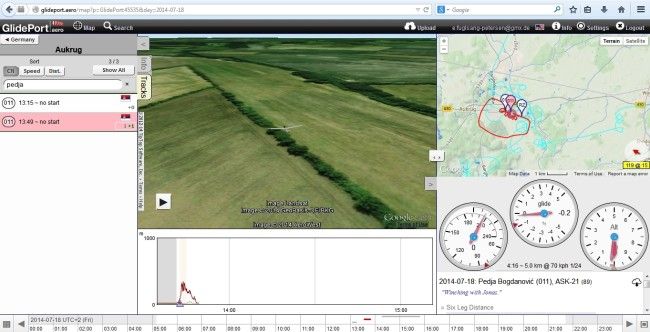 The great news is, the tool will be available for almost everybody all over the globe; for free! You no longer need to buy an expensive tracking device. After uploading the GlidePort-App to your smart phone you simply turn it on during flight, and as soon as it has a connection to the web it’ll submit your data and so make your flight visible! If you haven’t found it yet, please take a look at the demo movies to see what the program has to offer.

Checking out the last few days in Leszno you will find more pilots who use GlidePort’s opportunities. So if you have the time, join 2XX, 98, FJ, P7, F1 and 011 in their cockpits. Find out who they are and see how they are doing. Good luck to all the WGC-pilots competing in Poland!