Travel by Glider – Chris blogs his Trip across Europe 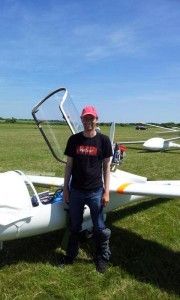 Christoph Klein, the German glider pilot, who about a year ago had developed a web page for European glider pilots to find out about camps and activities on glider fields throughout the European summer, has now tried the trip himself. In his special Standard Jantar, equipped with a unique sustainer engine, he executed a special soaring vacation, hopping from airfield to airfield.

Starting from a German airfield he followed the path of good weather eastwards and so his journey took him first to Poland, then on to the Czech Republic and into Slovakia: “Well, my glider’s home airfield is located in the flat East of Germany, but I love more mountainous soaring. So I decided to head into more mountainous terrain. From the annual competition in Prievidza I already knew the area and some other pilots.”

Starting on June 7th, his first leg led him northeastwards straight into Poland where he encountered a little bit of trouble: a flat tail wheel… So the next morning he flew right back home (~300 km), fixed the wheel and after a night at home resumed his tour. This time he aimed for the Krkonoše Mountains, the highest Polish mountain range, crossed them and landed in the Czech Republic. 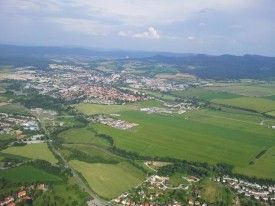 Arrival in Prievidza… since 2006 Chris has flown here every year…

The next day he headed on further south eastwards and chose to spend the night on a Slovakian airfield. Chris comments his day on OLC: “Very interesting flight. First I could no get high enough to pass Mala Fatra, then some weak thermals helped, nice thermal at Czech border, then blue…. used the engine, again weak thermals, then a huge rain area, weak, strong, … used the engine to get home faster… flew around rain and lightning…. (lots of fun!). Got a hangar space for the glider and a bed in the flight school for myself.”

Surprisingly he calls his goal “home”? He took off in Prievidza, a famous airfield he had visited before. However Chris admits that the further he travelled into foreign terrain the more difficult it was to find people who at least spoke English: “After some days like this you start to feel kind of lonely, especially when you are travelling alone like I did.” So on his 5th day he turned around and flew back north-westward.

After 7 days of travelling by glider Chris reached the southern part of Germany. Crossing the Bavarian Forest and the Danube River he landed in Straubing, where the next morning he decided he hadn’t seen enough mountains yet… The Swabian Jura and a little bit of the German Alps were still on his to-do-list before finally heading back home. 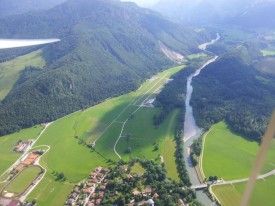 All together Chris spent 12 days on the “road”. Eleven flights from A to B brought him across different terrain and countries. Guided by the weather and his personal preferences he accomplished roughly 2800 km without engine use. “Only on my last day, I decided to stopover in Unterwössen. The weather was not good enough to fly home northwards, plus the flight school was looking for an instructor for the day. I was very lucky to thus be able to give some flight instruction, four hours of flight time! Now I do have enough launches with students in my book to renew my instructor license:)”

Chris adds that of course a flight like this is absolutely possible without an engine in the back. “You only fly where the good weather is, and therefore at night you don’t even need a hangar or a trailer for your glider. Well my ship does have an engine which carried me around some bad weather, a very unique and well working sustainer system, but that’s another story…”

Interested in “Traveling by Glider”? Have a look at Chris’ website and his blog and enjoy some more pictures, impressions and planning tips as for example how to store your luggage. Interested in hosting some soaring buddies on your field? Please feed Travel by Glider with your information! 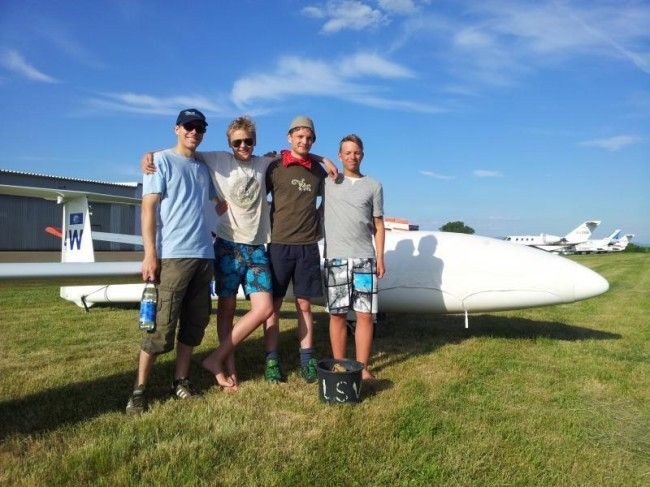 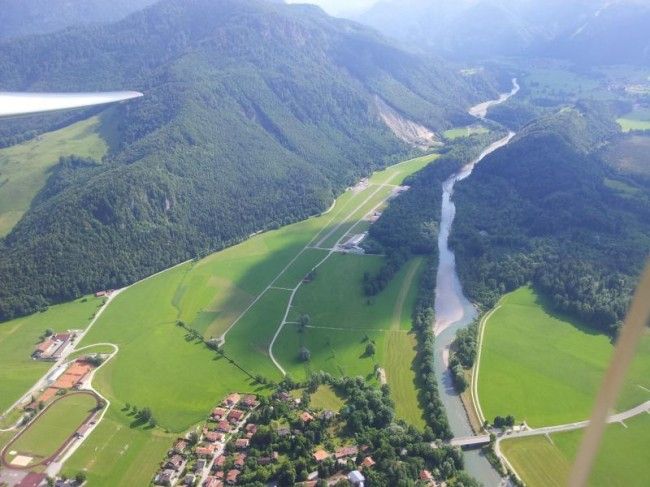 Straubing's young pilots... thanks for your help!

Camping under your wing