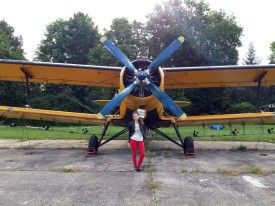 Morning at the Airport — An-2

As I have had tonsillitis for a few months, I haven’t planned longer flights until I will have a surgery. However, the weekend weather was perfect and my hand was in. It was ideal to fly 3 hours. (According to the training syllabus I have to fly 3 and 5 hours near the airport and after that: cross-country flights)

At 11 am some nice cumulus appeared in a beautiful blue sky so I thought I should be in the air. I was not successful, I flew 5 mins because the vario didn’t show 0 m/s. An experienced tutor of the aeroclub also said that “the weather is not good”.

I was waiting until 12 noon because I wasn’t hopeful. At 12 a Pirat and a pilot with LS-1 took off and they disappeared quickly. The pilot of the LS-1 told me on the radio that I should take off immediately because near the hills the weather is great. 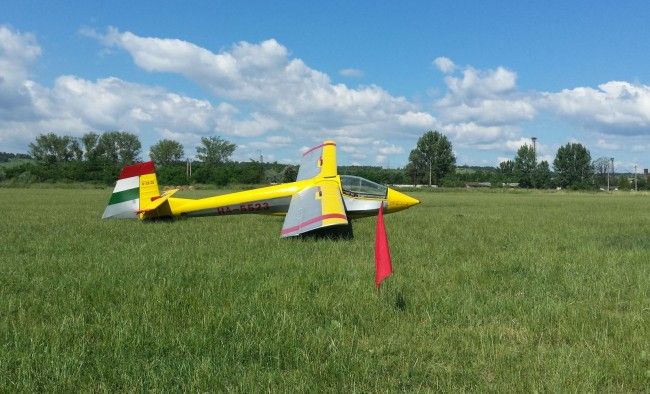 I followed his advice and I was lucky at that time: I found a thermal (1m/s) and then I wasn’t nervous when I reached the top. This quick success gave me super power! It was wonderful to look at the big city and the small villages in the distance. It was a height record for me (1500 meters) – although I know that it is funny for a more experienced pilot. 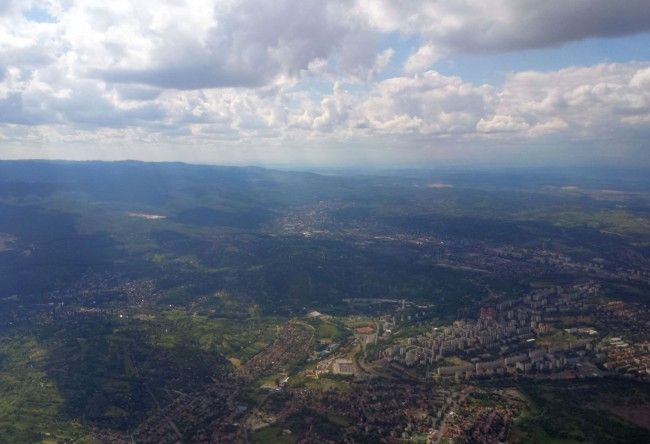 I was a bit frightened when I went too close to a cloud because the world became grey for a few moments. I decided to leave the thermal and just go ahead. There were a lot of clouds – it was easy to choose an other beautiful one.

I really enjoyed the closeness of those clouds – I didn’t have to worry when I could not find a thermal. I had the time to doings right.

And now I have to stop to speak about my mistakes: yes, I committed some typical “beginner” mistakes. At first, I was not brave enough to find thermals far from the airport – even when I was at the altitude of 1500 metres. My tutors showed me the calculation: it would be safe. It is just maths: glider ratio, distance and the rate of the lowering. 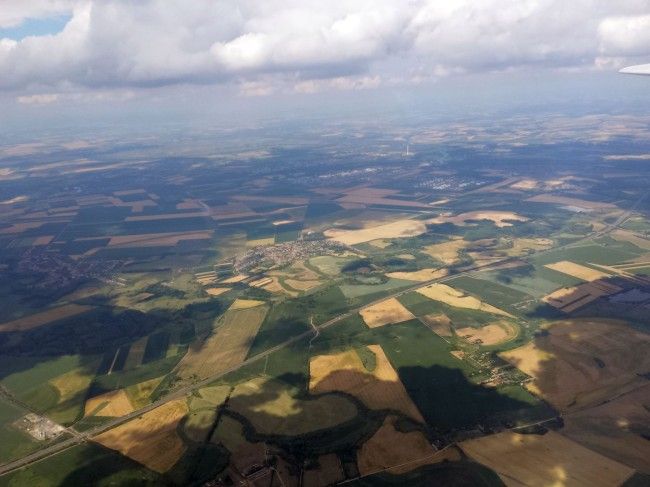 And finally, I have to confess that my physical condition didn’t let me fly more. It was hard to concentrate after the 2 hour mark so that was OK to go down after 2 hours and 23 mins. Yes, it was a successful task because we can continue the training if we fly at least 2 hours and I did it! And anyway, I felt a bit proud of myself because I broke my personal records.

Now I am ready to continue the training so the next step: VII/5 – 5 hours in the air! That sounds a lot! But before that task I should do my aerotow training because until this time I could only fly by winch.

(This day was successful in our aeroclub: two piltos flew 100 km with Pirat, an other pilot flew 300 km with LS-1.)