Kawa-Biter or Happy Winner? Didier Hauss talks about his Success

The exciting Grand Prix Final of 2014 in Sisteron is not just history, it is historic: 8 days of soaring weather – maybe not all of them perfect. But still this is quite a sensation for European conditions! The excitement became bigger and bigger after every contest day, and when last morning had broken six contestants could still hope to become the Champion. In the end the favorite Sebastian Kawa who had won nearly all of the last Grand Prix races and international Championships was beaten by a native French pilot – Didier Hauss stood one step higher on the podium. Curious who he is? 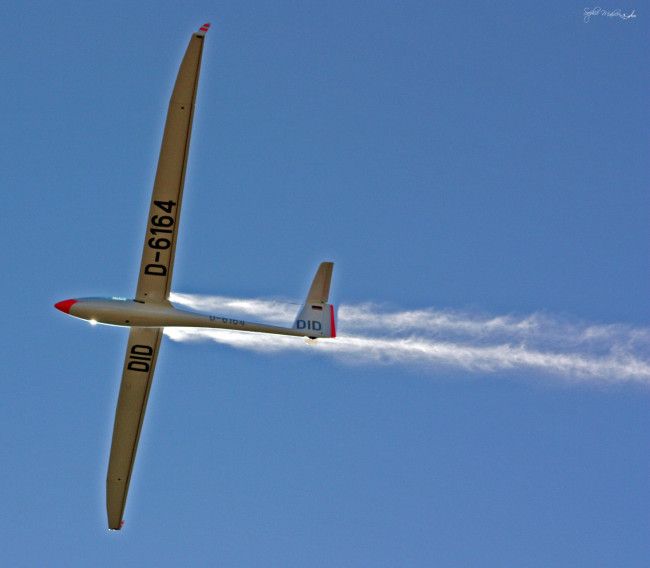 French Champion over domestic terrain 2011, Grand Prix in Chile, at the German Wasserkuppe and a number of Grand Prix races in France. You are No. 90 in IGC’s world ranking. Only the results of the past 3 years… I am sure you have a lot more to talk about?

Yes, I did participate in many championships. I won my first French championship in Sisteron in 1986… followed by championships in Australia, Austria, St. Auban, Germany, Italy and Hungary.

You are a professional pilot? Whom or what are you flying?

During the Sisteron Grand Prix Final you beat the favorite Sebastian Kawa by 5 points, quite a distinct victory. The first days you were nip and tuck with Sebastian; then things began to look different: Kawa on first place and the other competitors following (far) behind… except for Didier Hauss.

In the end, how did you manage the coup?

Oh no, it’s not a coup, in no way! It was more an impression that it might be possible – an impression that became stronger throughout the contest. My outlanding on day 6 put me far behind, but from this point on, I did not feel any more distress. However your words are correct in a way. Like in a soccer championship, which is played by 11 people, in the end the German team will win. In soaring you know it will be the Polish competitor… But this time it was different, and I know it’s tremendous because do I highly respect Sebastian’s performance! 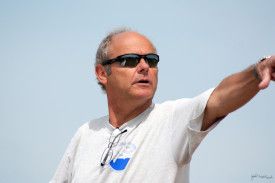 Way to go!
Didier Hauss on the airfield

You have participated in all kinds of competitions. Is there a contest format that you prefer? What do you especially like about Grand Prix racing?

Well, I don’t really have any preferences; I like both kinds of contests, the traditional and the Grand Prix. Of course they are entirely different. I like the Grand Prix tactics; if you want to make points you have to fly absolutely dedicated. Keeping your reserves will not help at all. In any case it is always a great pleasure to be in the air, flying a contest together with all these superb glider pilots.

What is most important when you plan and undertake a contest flight?

The preparation, the terrain, memorizing the trace on the map and the cockpit planning. I am using a check-list for the latter! During the flight it is very important to stay positive and focused, always keep your goal – the final result – in mind.

Do you have a special motto for your flying, a recipe to win a contest?

Feeling the joy of soaring! I think to be successful, it is most important to be able to enjoy a flight.

Do you especially remember a particular flight, or maybe a specific competition experience? So far, what has been your biggest challenge?

In Sisteron I had my best result ever: World Champion, a title fulfilling a long dreamt dream which I have been working on for more than 25 years. I have been training in this area for 8 years. Useless to express how delighted I am.

I have been vice champion twice, the first time it happened in 1997 in St. Auban (7 points missing to 10,700…) another second place happened to be in Vinon.

However I am very proud to be the only pilot who can claim that his team members have three times become world champions (at Wiener Neustadt, St. Auban et Vinon). 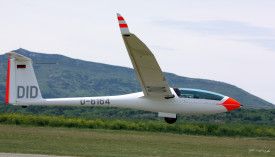 Launching the Ventus 2 “DID” at Sisteron

Unfortunately we were not able to retrace your Grand Prix-flights on OLC, like for example Tilo Holighaus’ competition flights. Why not? Do French glider pilots use OLC, or do you have another scoring system?

Ah, now I understand your initial question, you could not find my flights on OLC… Well, in France we do have a similar scoring platform called “netcoupe”.

But you know about Soaring Café in France?!

I am not sure, you would have to look up on your site from where the people are logging into the Café’s menu? As for me, I have looked into it at times.

Do you have plans for the future? Competitions, victories or maybe a trip to another soaring paradise?

I would like to participate in Rieti 2015, it’ll be a very interesting championship to fly at. The landscape is awfully pretty, even for sightseeing flights or for hiking.

I would also like to return to the Andes one day, a wonderful area for soaring.

Well, thinking of competitive soaring, I am considering to cut back a bit. I have caught quite an appetite at Sisteron, though…

Where on Earth have you flown gliders so far? Do you prefer a specific area or country for soaring expeditions?

Africa (South Africa, Namibia), Argentina, Chile. I really enjoyed all my flights there very much, but still “my mountains” will always be my personal soaring paradise – the Alps between Aix-en-Provence and Furkapass… 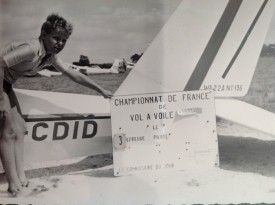 Thank you very much for giving me the occasion to dedicate this victory to Gabriel Chenevoy, my father in soaring, who died in January 1991. I would like to commemorate his wonderful souvenir to those readers who have known him.

Oh wait, one more question: The black and white photography???

Well, you were asking for a picture from me, so this is when I was 10 years old, helping at a contest. At that time we were running around with these signboards among the gliders before launching the contest. The observer signed and took a picture of the tail number. Actually this Wassmer 22 had my first name on it. I have been trying to buy it for quite a number of years now…

Didier, good luck on your future plans! Thank you for sharing your thoughts and stories. We would of course like to learn more about French soaring!

1 comment for “Kawa-Biter or Happy Winner? Didier Hauss talks about his Success”