The XXXII Congress of the “International Scientific and Technical Organisation for Soaring Flight” — Organisation Scientific et Technique Internationale du Vol a` Voile (OSTIV) — will be held at the site of the 33rd FAI World Gliding Championships in the Open, 18m and 15m Class, at Leszno, Poland from 30 July to 6 August, 2014.

The Congress addresses all scientific and technical aspects of soaring flight including motorgliding, hanggliding, paragliding, ultralight sailplanes and aeromodeling. There is no registration fee for the Congress. Speakers are kindly invited to submit abstracts to OSTIV. For more information refer to http://ostiv.org , OSTIV was founded in 1948 to encourage and coordinate internationally the science and technology of soaring and the development and use of the sailplane in pure and applied research. The work of OSTIV is organised in three panels: the Sailplane Development, Meteorological, and Training & Safety Panel. OSTIV is an affiliate of the FAI International Gliding Committee (IGC) and acts as technical adviser. 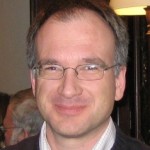 Jannes Neumann has been a soaring enthusiast since birth. He flew solo at the age of 14. Later he spent a reasonable time at the Akaflieg Karlsruhe and Idaflieg being introduced to the scientific world of soaring. Today he is a member of OSTIV’s Sailplane Development Panel (SDP) and OSTIV’s webmaster. His home base is a nice gliding club in Celle, Northern Germany.