HOT news first!  As far as I can remember a 700 km. task has never been set in Holland during a National Competition. It happens today with a 702 task for open class with lot’s of 18 m. gliders in it, a 524 for club class no peanuts either and 624 for the combi-men. [no women in this class] 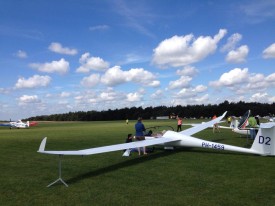 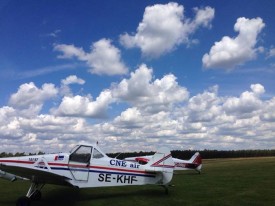 a 700 km.-day  during a competition IN HOLLAND!!!!?!
pictures shared this morning by the organizers.

Another HIGH light; the birth of an gorgeous looking little girl from participant Jeroen Verkuijl and his partner Sandra.He is out of the race but no worries, a first child beats everything!!!!! Congratulations to them. 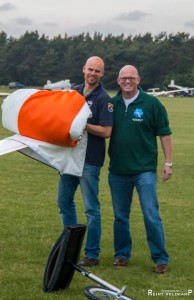 The CAE Dutch Nationals are in progress now at Terlet and will finish on May 30.

29 Pilots participate, not too many but still a strong “field”.  In a WGC year not everybody has time to fly 2 or 3 comps, but from the 6 Dutch pilots flying in Poland 4 fly now at Terlet ,our National Soaring Center and 1 from 4 pilots, who participate in Finland.Some attend other comps in Europe at the moment as well.  The full story on the Dutch Nationals, in an extra Sunday blog today at www.soaring.eu

Next Sunday I will have an extra blog on the CAE Dutch Nationals in the Café, with pictures from top photographer Frans Guise. We will be both at Terlet for a few days! 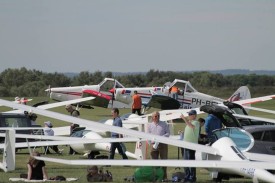 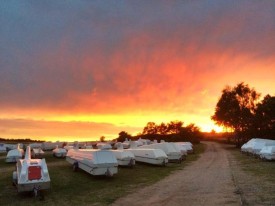 Morning and evening at Terlet.
Pictures NK organizers and Hinze Osinga.
And some great finishes on day 2 as shared by the organizers. 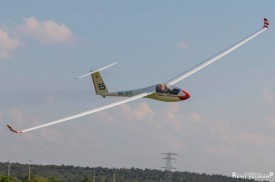 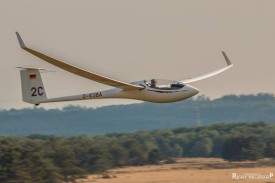 The Final of the FAI Grand Prix is over, but the next French qualifying Grand Prix in 15 m. will be flown in 2 weeks from Rennes Saint-Sulpice in Bretagne. Preparations are in full swing!
“What a final entry list ! 20 pilots including a World Champion, the three first pilots of the last European Championship in the 15m class, the two first of the last German Championship in the 15m class… and moreover 3 women!“

Of course we will follow them during their race.

The UK Nationals in standard [ 34 pilots] and open class [ 32] started yesterday at Lasham  with 103 pilots in 4 classes.Also the regional ‘s are flown parallel.  A lot of our former Sportavia guests fly in these Nationals. Great to see Alison Mulder is participating. Good on her! She arrived with her friend who came to fly with us a LONG time ago and whilst waiting she learned at Sportavia how to fly herself with Don and went solo before going home.

Lot’s of TOP pilots,  as former world and European champions.  For sure a GREAT pleasure to follow them till June 6.  They started with 155 km. for standard and 152 k. for open class. It looked a difficult day! IT WAS!!!  All tasks were scrubbed in the end.  But today they have good weather as well; So on day 1 Standard class goes for 376 km and open for 377 km.

The famous HAHNWEIDE comps started at Kirchheim Teck, place of the Holighaus Schempp Hirth business.A great looking practice day over there and more European top pilots in the air. 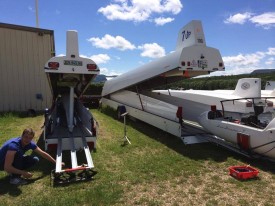 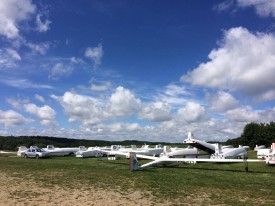 Practise day at the Hahnweide
Shared on FB.
http://www.wettbewerb.wolf-hirth.de/

After the opening ceremony on Friday evening the briefing started at 10 AM.yesterday and gliders had to be on the grid before.The weather looked different,…rain.But,…after rain the sun shined.At least they were optimistic:  “The sky is still covered, but due to the forecasts we are optimistic.” 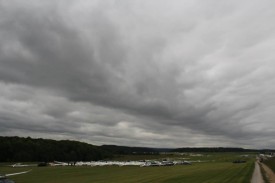 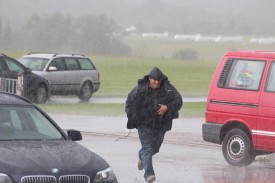 As shared by the organizers.

At Hahnweide they fly in 5 classes.  Standard class has 23 participants including 1 from Belgium, 1 from Switzerland and 1 from Austria.  15 m. Class has 16 participants among them Wolfgang Janowitsch from Austria flying a Ventus 2A. So does Mac [Ichikawa] who shares one.  In 18 m. we see 34 pilots among them the Schmelzer brothers from Belgium and Boerje Erikkson from Sweden.
In open class 28 pilots and my goodness me, a lot of TOPPERS from Germany, Holger Karow, Alexander Mueller and Uli Knaus, but also from several other countries among them the World Champion Laurent Aboulin, in the Quintus M.  But also Ronald Termaat, the De Broquevilles from Belgium, the Eders from Austria, Sylvain Gerbaud and Killian Walbrou from France, Ludwig Starkl from Austria, in fact too many to mention.

The 20 m. class has 18 participants and really great to see that Patrick and his brother Arnaud [Stouffs] participate. A few good pilots from Holland as well and don’t underestimate Sigi [Baumgartl not so young anymore but still going STRONG]!!! 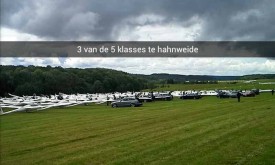 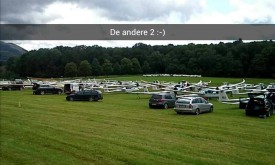 Part 1 and part 2 of the grid at Hahnweide as seen by Belgium  blogger and photographer Neil Deijgers.

Day 1 turned out not too bad in the end. 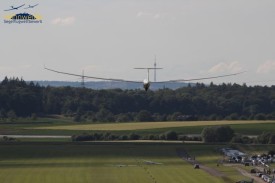 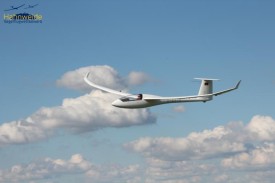 Pictures as shared in the gallery on the site

A much frequented sky today! I wish them all great and safe flights and lot’s of pleasure!

Will be back with an extra blog on WEDNESDAY on the UK Nationals and the Hahnweide, before I travel to Terlet to be part of the last days of the Nationals.