Our video tour of the SSA 2014 exhibit hall included a short clip of the beautiful, naked Laister-Kauffman TG-4 glider on display there. We were wowed by the craftsmanship and elegant handiwork that went into creating this classic World War II trainer. And so, we decided to feature it here in all its glory.

The L-K TG-4 was designed as a trainer for pilots who would fly large cargo gliders. The one pictured here is serial number 151, built in 1943.

The Laister-Kauffman TG-4 (designated LK-10 Yankee Doodle 2 by its designer) was a sailplane produced in the United States during the Second World War for training cargo glider pilots. It was a conventional sailplane design with a fuselage of steel tube construction and wooden wings and tail, skinned all over in fabric. The pilot and instructor sat in tandem under a long canopy.

Join us in this short walk-around of a genuine museum piece.

We couldn’t get enough of this historic beauty, so we took a few photos to supplement the video. 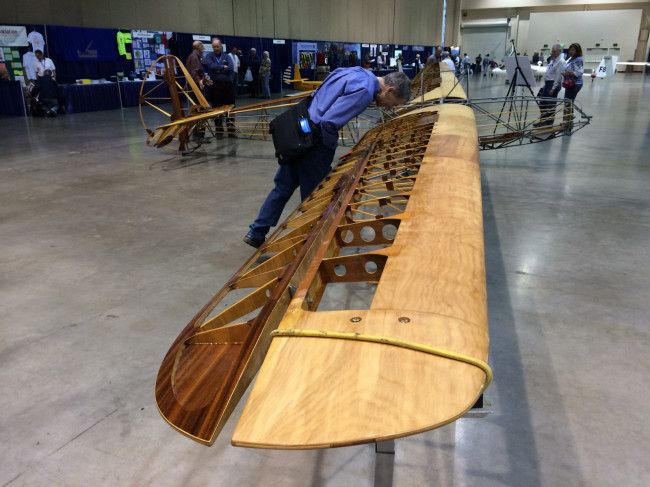 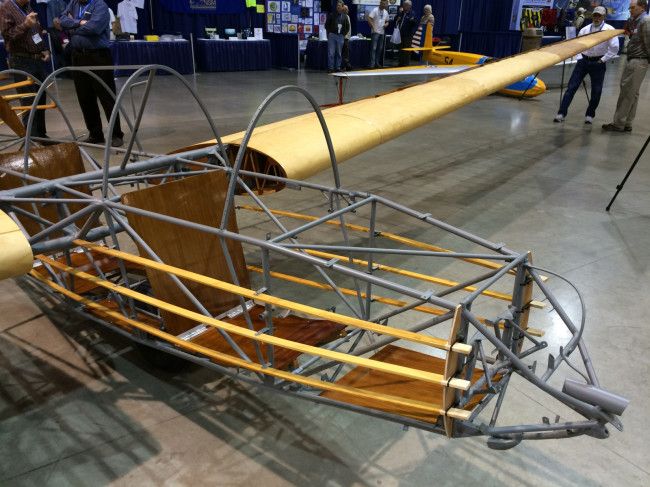 All SSA 2014 photos and videos were made with an Apple iPhone 5S.