With pics from Gordo!

With pics from Gordo!

After a long day of soaring the waves between Nevada and Wyoming, Gordon Boettger and Hugh Bennett landed the Duo Discus at the Casper Natrona International Airport near Casper, Wyoming. Although short of their goal at Rapid City, South Dakota, the dynamic duo beat their 2013 U.S. National Multi-Place Free Distance record of 701.45 sm by about 42 miles. Congratulations to these masters of the wave for another in a series of magnificent flights! 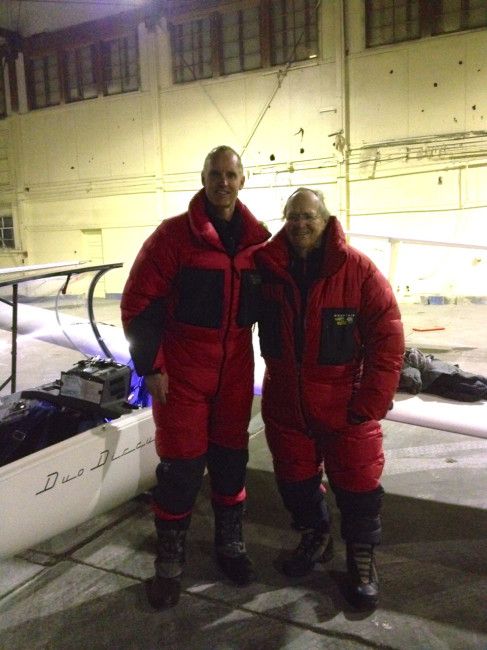 Gordo and Hugh after landing in Casper Wyoming

Here’s an excerpt from Walt Rogers’ blog. Walt provided weather and logistical support for the record attempt. A big thanks to Walt for his professional expertise and dedication to what was indeed a team effort. Visit Walt’s blog for a complete record of his commentary and weather charts.

GOODNEWS! Going up 10kts thru FL190; Transponder warmed up and working. Just downwind Wind River Range; Next alternate Casper, WY. After crossing the Wind River Range and encountering “bodacious” sink, suddenly 5NW Lander, WY… 10kts (1000fpm) up. He topped out at FL265. After turning downwind toward Casper, WY, it was a 235mph race to get on the ground before end of civil twilight (Gordo does have navigation lights).

Gordo is about to land at Casper, WY in a few minutes. Final glide ground speed 235mph. I’ve coordinated with Atlantic Aviation field manager to assist in pushing glider into a huge hangar. He can land on RWY 21 taxiway … turn left onto ramp and roll to within a couple hundred feet of a hangar. Thanks to “Jen”

Here’s what the surface winds look like in the area

Landing confirmed at around 1707 PST. Talked with Gordo at 1750 PST on his cell. The ship and crew are safe and warm in the big hangar at Casper Natrona International airport, WY

This flight will be a new National Open Multi Place free distance record of around 743 statute miles… perhaps 5 sm more if he released SW of the airport). The previous record of 701.45 sm was also set by Gordon and Hugh, last year on Apr 15, 2013.

Good night and evening to all… It’s been a 14 hour day acting as your glider dispatcher, correspondent, meteorologists and concierge … much like last year’s effort. 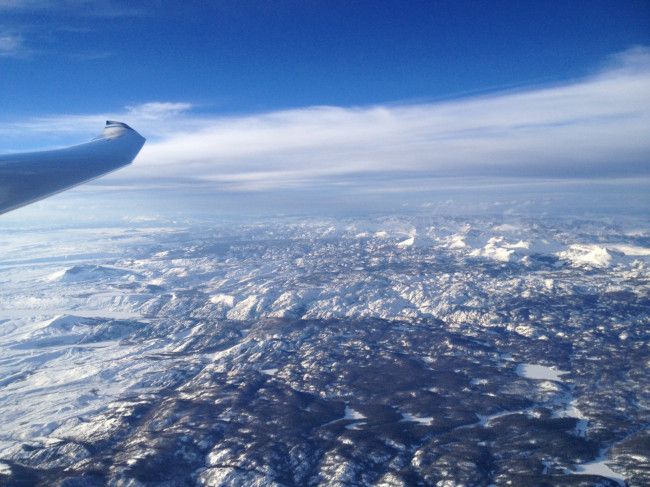 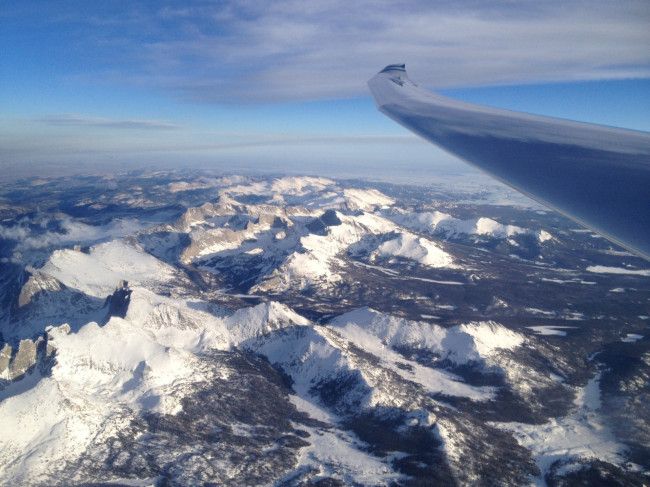