Congratulations to Klaus Ohlmann: a Letter from Sebastian Kawa 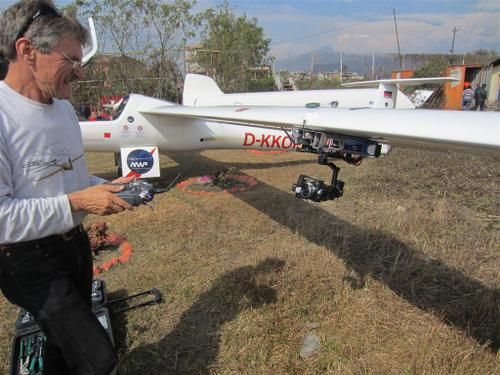 A few days ago, probably while in the United States Gordon and Hugh were preparing for their next long downwind dash from Minden, I received an e-mail note from Poland: The Kawa-Team is busy preparing their next trip to the Himalayas where in November 2013 they had fought the elements to be the first sailplane pilots to reach the roof of the world. While we all read the good news from Klaus Ohlmann who finally in late January 2014 managed to reach up there and submitted wonderful pictures and movies from the world’s most exciting mountain range, the Kawa mission was not as successful… They were only allowed to do one flight in their ASH 25 Mi. A short trip without the permission to climb up to Mt. Everest! Now, back in Poland Sebastian finally found Klaus’ big news:

“Cumulated daily duties and unusual events which are quite abundant these days, and fervent preparations for the second phase of the expedition had us absorbed, so there was no way to keep track of what is happening in the world. Apparently it was similar for Klaus Ohlmann who had only added a brief note on his website Quo Vadis.

Despite the difficulties, which also accompanied us during our autumn stay in Pokhara, he was able to achieve the goal. We were amazed when we finally found his wonderful photographic documentation of the glaciers from a late January flight over the Himalayas!

Certainly it will be fantastic material not only for glaciologists. Flights at high altitudes are extremely difficult for pilots. Extreme altitude, long-term low temperatures and turbulence are also stressful for engines and airframes. Designers and manufacturers of STEMME can sure be very proud of their product. I would like to add that it is in this part the Allstar Crew in Wapienica Poland, who manufactured the airframe for this magnificent plane.

Klaus fulfilled his dream. He flew from Pokhara to the vicinity of Lukla where after stopping the engine he could use ridge lift along the slopes of Mt. Everest to reach the rotor over its top. Now another challenge awaits him – a several thousand kilometers return flight over the desert areas and the sea, but he already knows the way as this is the same path he used to fly to Nepal.

Congratulations my friend! We wish you a happy return, a lot of satisfaction, and subsequent exploits which keep on amazing and delighting us. Sebastian Kawa” 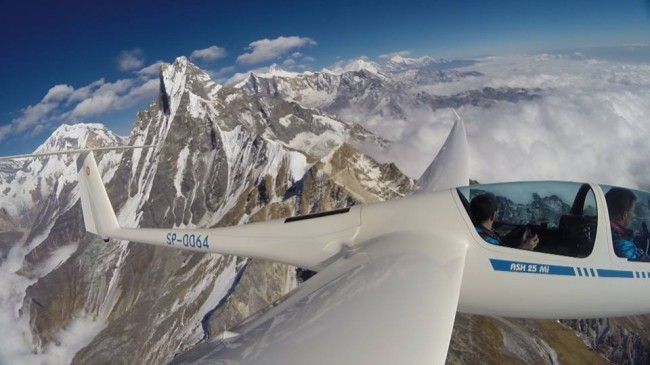 Impressions from the first Polish team flight along the Himalayas

Here is an invitation to look at the original “gratulacje”-post and some great pictures on Sebastian Kawa’s website in Polish (You can always hit the translate button!). To follow his further efforts to soar the Himalayas Sebastian has set up a Facebook page, including several English texts.