A tip ‘o the ol’ soaring hat to Leo Benetti-Longhini for this news item. — Ed.

General Aviation News reported this week that a new edition of the FAA Glider Flying Handbook has been released. This is the first update to the Handbook since 2003.

The 2013 edition of the FAA Glider Flying Handbook is available as a free download from the FAA website. The Handbook was published over a decade ago by the FAA as a study guide for the FAA Knowledge Test and the Practical Test. Several well-known U.S. glider flight instructors contributed to the content.

The GFH can also be purchased as a softcover book, eBook, or in both formats as a bundle. Click here for details. 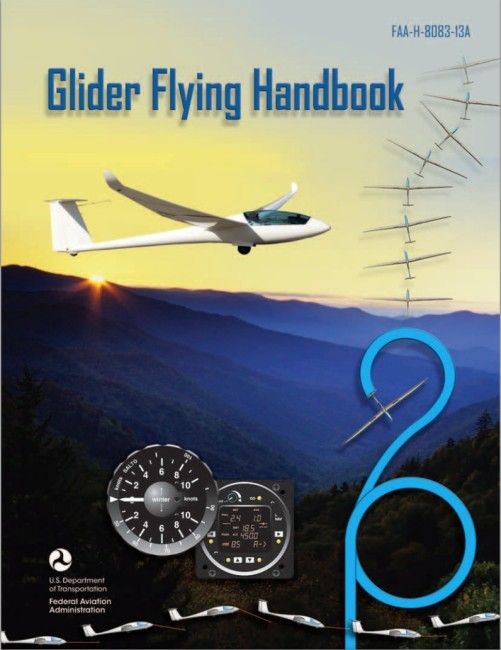