Another “test flight” in Tullahoma, Tennessee on the same field the Concordia first flew, but perhaps a little different.   The Cherokee II was a very popular plans-built glider, circa 1950s. The particular ship was passed around for many years, until Gary Flandro got his hands on it. The original logs were lost but the restoration began in 1980.  This Cherokee spent a long time grounded.

Gary continued the long restoration, and allowed Ted Beckwith the test flight today. Good first flight, with a tow from the Tullahoma CAP.  Ted reports that the Cherokee flies nicely, a lot like a 1-26. 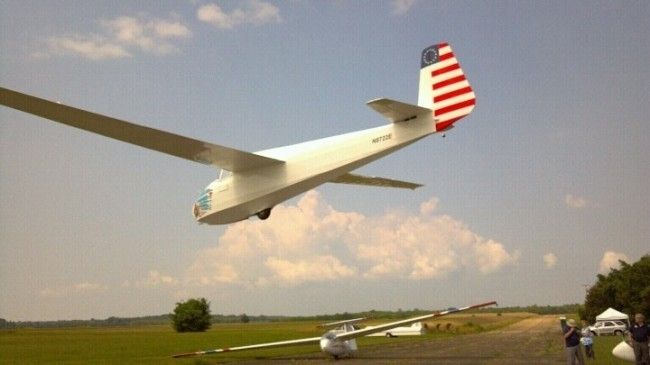 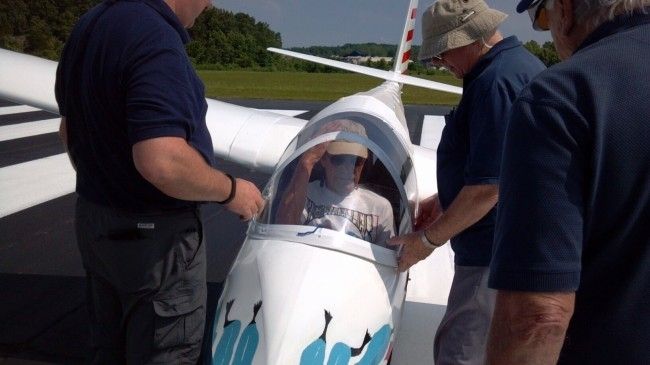