After recovering from my disasters yesterday (thanks again Dave!), I am pressing on with improvements to the CCSC scenery.  Today’s object is to add more airports to the scenery, and make sure I can actually see them in Condor.  I added five additional airports, and ‘flattened’ the associated terrain, trimmed some forest areas that impinged on runways in a couple of places, and then saved the scenery.  Then I exported the flightplanner map, exported the forest map, exported the textures to DDS, and (the most important part – crossed my fingers).  I didn’t export the thermal map because I haven’t yet done anything to that map (not sure I will either – that’s for a later time I think).

Opened the scenery in Condor; the airports all show in the flightplanner map, but the Richmond airport doesn’t show up in Condor itself – bummer!

Back to LE, where I again choose ‘use generic files’ for the Richmond airport, then ‘save landscape’ and  ‘export textures to DDS’.  While waiting for the DDS export, I read through the 18-step procedure for creating a thermal map, and understood about 10 percent of it – arghhh!

OK, this time I have an airport at Richmond, but it is not quite in the correct location (or at least it isn’t quite at the same location as my glider when I first go into Condor). 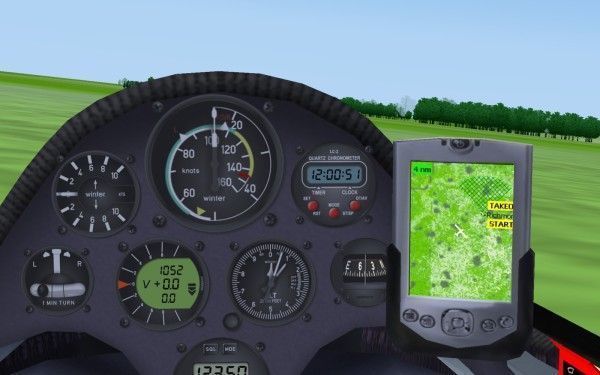 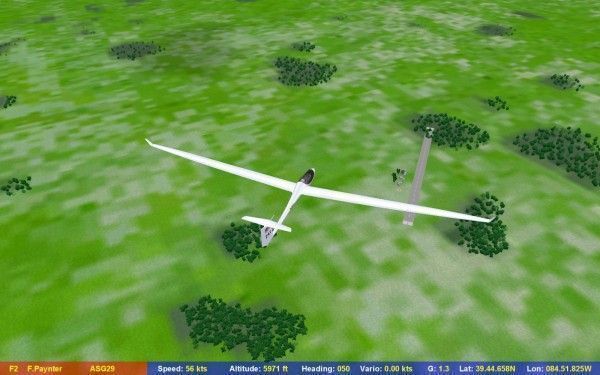 Hmm, why is Richmond airport over there and not right under my glider?

Back in LE, I deleted and then re-created the Richmond airport, thinking that might solve the location issue.  But it didn’t.  About this time, David Regula called to see if I had recovered from my Day 19 disaster string, so I was able to ask him about the airport location issue.  He mentioned that LE sometimes creates ‘null’ airports that screw things up, so he recommended that I delete *all* the airports, make sure there weren’t any hidden airports in the list, and then re-create everything.  So, I did all that, and it *still* didn’t solve the problem – bummer.  It was about then that I noticed that, in addition to using feet instead of meters for the elevation (fixed), I was still using feet instead of meters for the length, too – hmm…  So, I change the Richmond and CCSC airport lengths from 5000 and 3000 (meters) to 1300 and 1000 respectively, and this actually did the trick! 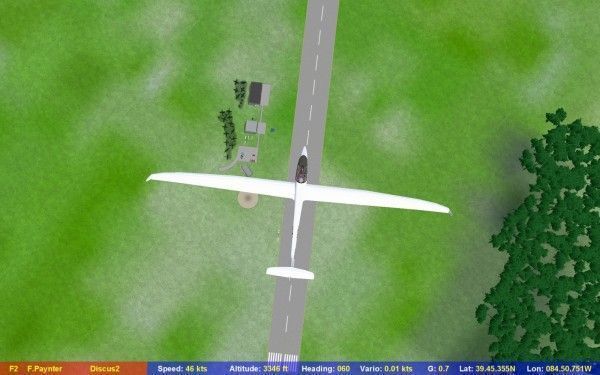 Richmond airport from above 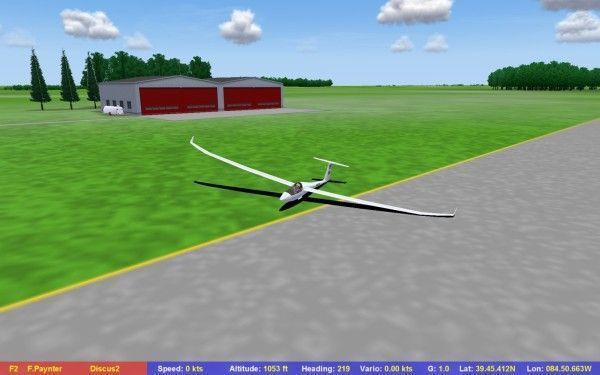 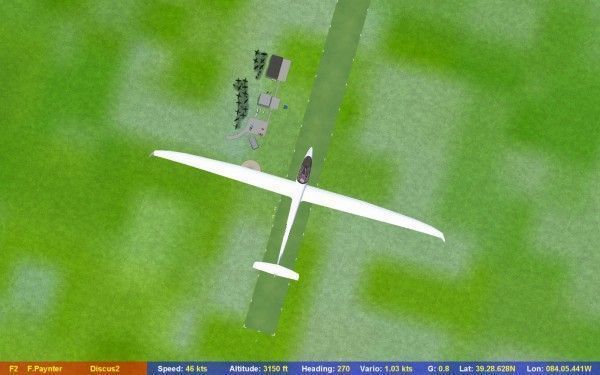 CCSC’s grass runway from above. 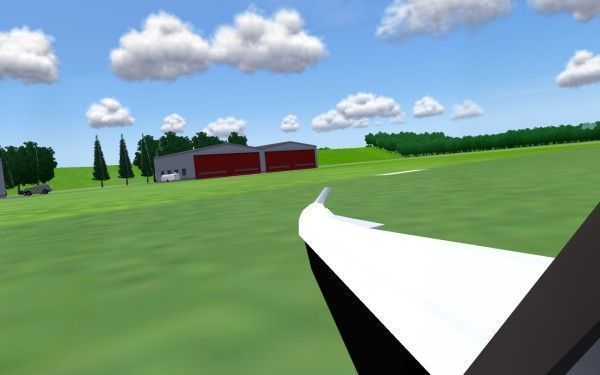 CCSC from ground level. Note the effects of ‘flattening’ behind the hangar.

It was about this point that my paranoia kicked in, so I decided to backup my entire CaesarCreek landscape folder.  In fact, I not only copied it to another place on my laptop disk, I also zipped it and copied it off to a USB stick so even a laptop failure (not entirely unheard of) would wipe out my precious (well, to me anyway) files.  After making the paranoia copies, I added a half-dozen or so more airports to the scenery, flattening as I went. Then I tested the whole thing in Condor once more, and everything seems to be working – woo hoo!

OK, that’s enough for tonight – I’ll work on the map and other stuff for the next ‘day’ report – stay tuned!