Editor’s Note: The Soaring Cafe is delighted to inform our readers of this exciting development by Jonker Sailplanes, announced today (July 20, 2012) on their website.

Jonker Sailplanes is proud to announce the 21m wingspan development of the JS1 Revelation.

For the higher wing loads and a higher maximum take-off mass of 720kg [1587 lb ] (increased from 600kg), the wing-wingtip junction is redesigned including stronger wing spar caps and thicker wingtip spars. The main structure of the wing is unchanged, as is the fuselage and tail. As from serial number 034, all JS1 Revelations manufactured will be compatible with the optional 21m wingtips.

The new wingtips have integral water ballast tanks with a capacity of 17 litres [4.5 gallons US ] each, and the cockpit control allows the pilot to jettison the wingtip water ballast separately to the main wing and fin tanks.With the option of jet turbine sustainer or fuselage water ballast tanks, most pilots will be able to achieve the maximum take-off mass of 720kg. 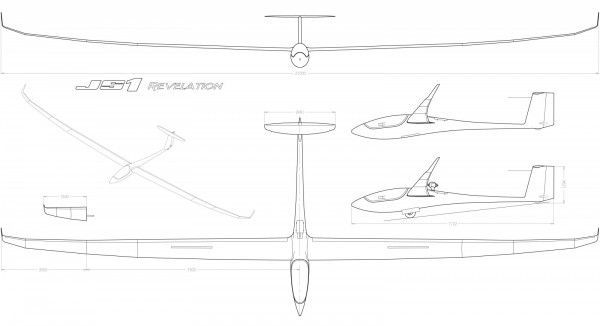 Theoretical performance gives a best glide of around 1:60, and with the maximum wing loading of 58.7 kg/m^2 [12.0 lb/ft^2], the polar remains flat at high cruise speeds. Perhaps more importantly to many pilots, the delightful handling of the JS1 Revelation is still present with in the 21m configuration.
South African CAA certification is underway to CS-22 requirements, with the amendment to the Type Certificate anticipated to be issued later this year.

With the combination of excellent performance, a wide range of available wing loadings and superlative handling, the JS1C-21m is expected to be extremely competitive at the highest level, without the disadvantages of older generation Open Class gliders.

With the possibility of flying in either 18m or 21m configuration, and the optional jet turbine sustainer, the JS1C Revelation offers new levels of flexibility and fun to both recreational and competition pilots alike. 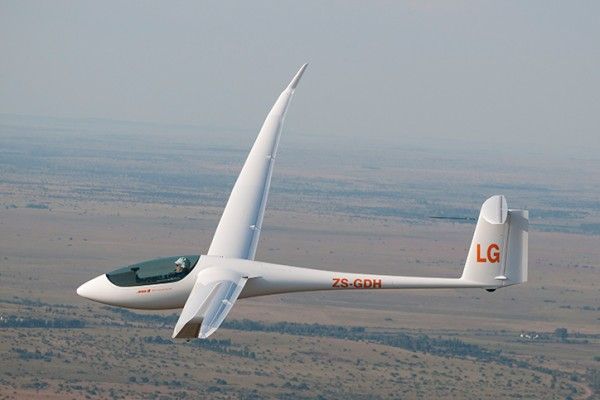