We are delighted to provide the following images from Maria Szemplinska.  She creates truly beautiful photographs with a unique perspective.  Let us know if you would like a copy and we can put you in touch with her.  We hope you enjoy them as much as we have.  — Bill and Rand 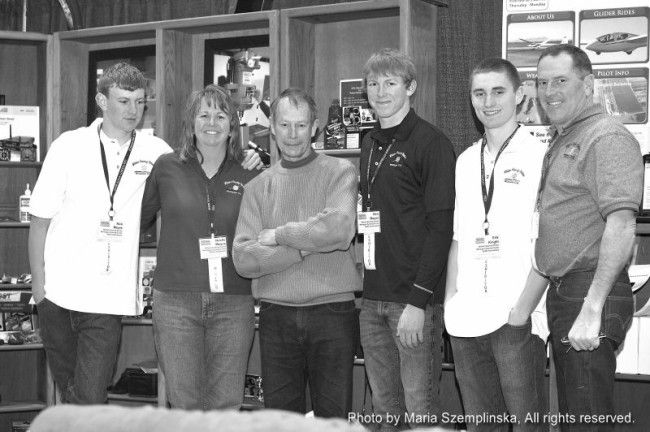 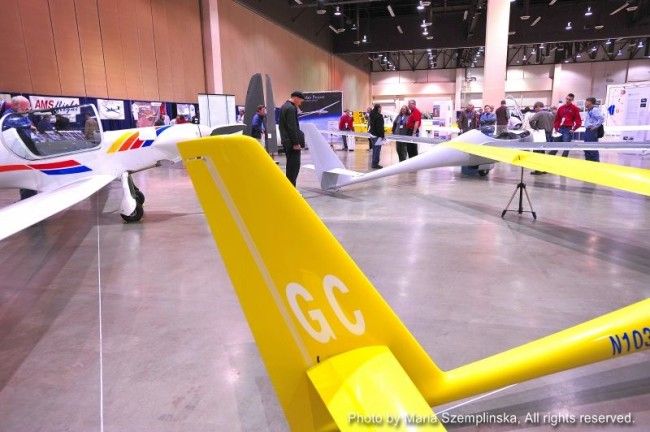 Planes and booths have left the Convention Hall

Renee, wife of Paul Remde from Cumulus Soaring and Christine, his Assistant

Denise Layton with her Award

View through the trailer on one of the Exhibitions booths

Butterfly like look at "Stemme" USA presented by Alexander Papenberg

Another day at the Exhibition

Al Tyler hands in the Chairmans Award to Dianne Black-Nixon

Al Tyler and Dianne Black-Nixon with her Chairmans Award

Trailers leaving into the night

Rachel Conklin, the recipient of the Kolstad Junior Scholarship Award

Young cadetes trying the "Perkoz", Windpath Corporation, a perfect trainer, aerobatics and cross country in one

Sean and Tiffany Fidler toast to a succsesfull Convention

Exhibiton Hall closing for the night

End of the Convention, Jerzy takes dwon his signs

Duane Cole and Lew Klunk examining the wings of a DuckHawk

And the Party beginns, SSA Staff from Hobbs, NM

Impressive wing of the DG1001M Sailplane

Einar Enevoldson and Bertha M.Ryan, author of the "Soaring Beyond the Clouds"

Kasia Milewska,USHPA demonstrates the ropes of a paraglider

from left: Tilo Holighaus and "Biggo" Berger from Schempp-Hirth, Heinz Weissenbuehler and Monty Sullivan from M&H Research and Development

Trailers in front of Atlantis Hotel, home of the 2012 SSA Convention

View on the Skylaunch booth from the inside of a trailer

Greg Cole with a group of Windward Representatives, Perlan Project

Michael I Green, PH.D and Frauke Elber at WSPA booth

SZD 54-2 "Perkoz" a brand new 2-seater, so called 3 in 1, because its a basic trainer, full aerobatics and cross country glider, dealer Jerzy Szemplinski from Windpath Corporation

Roman Wrosz and Steve Pachura,discussing their winch by "Romans Design"

Through the cabin of the motorglider

Kasia Milewska demonstrates how to of paragliding to the visitor, USHPA

Kasia Milewska, USHPA, her paraglider is her wings